Last year I was on my back on my birthday, this year I am on my feet – Actress Ngozi Nwosu celebrates turning 57

– The veteran thespian revealed that she was on the sickbed on her last birthday but this that this year, she is hale and hearty

– Beautiful Nwosu has released some beautiful photos to mark the day

Birthday comes once in a year and many people do not like ignoring the day when it comes and for veteran Nollywood actress Ngozi Nwosu, she has many reasons to be thankful for on her birthday.

The actress while celebrating turning 57 years old also celebrated being hale and hearty as she said that she was on her sickbed on her 56th birthday.

Sharing new beautiful photos of herself, Nwosu in her caption explained her mood as she celebrates. 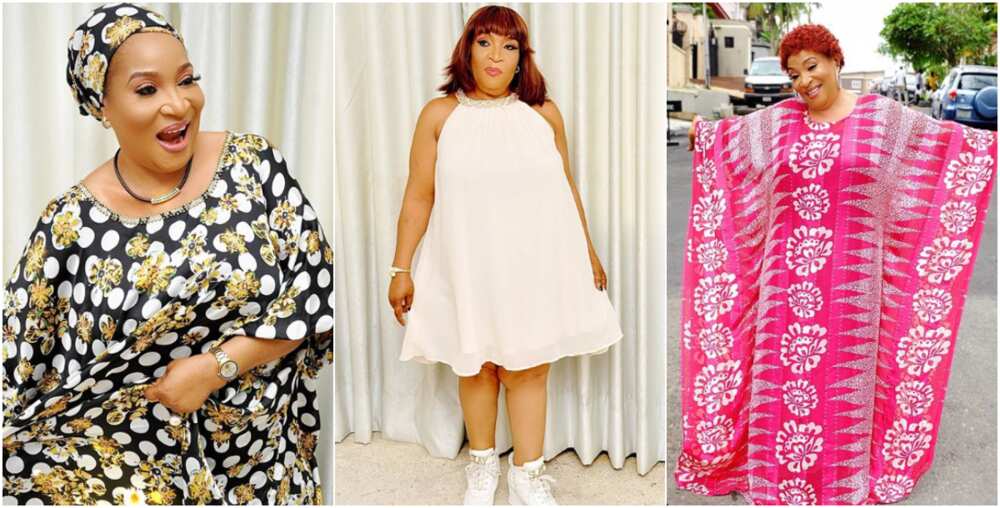 Read the caption below:

Last year I was on my back on my birthday, this year I am on my feet all praise and glory to God… You can never be thankful enough; increase your praise and worship and see God work you to perfection.“

In another photo, the actress claims her daughters told her she looked like a mannequin that will make money if her look is sold as a doll to pretty baby girls.

And yet in another photo shared, the veteran actress said she is not just lucky but blessed. She expressed gratitude to God for sparing her life as she turns a new age.

Just recently, veteran Nollywood actress, Ngozi Nwosu, spoke with Bioreports during an exclusive interview and she shared her views on relationships and marriage.

The 56-year-old film star who used to be married but is not currently in a relationship revealed that she is still very open to the idea of marriage. When speaking with Bioreports and was asked if she still wants to get married, she said: “Why not? If I find the right ololufe?”

Speaking further in the interview, the actress shared her opinion on being in a polygamous marriage. According to her, she cannot accept for her husband to marry another woman but if he has some indiscretions and perhaps has a love child outside, she will weigh the situation and see if it is something that she can endure.