Lampard refuses to blame Kepa for Southampton’s goals, name 1 big player who should be blamed

– The match subsequently finished 3-3, with Timo Werner’s double in the first half being cancelled by Danny Ings and Che Adams

– But Lampard appeared to absolve Kepa of any blame after the match, instead claimed Zouma’s back pass that led to the goal was “short”

Frank Lampard has refused to blame Kepa Arrizabalaga for Southampton’s equaliser as Chelsea were held to a 3-3 draw at Stamford Bridge on Saturday, October 17. 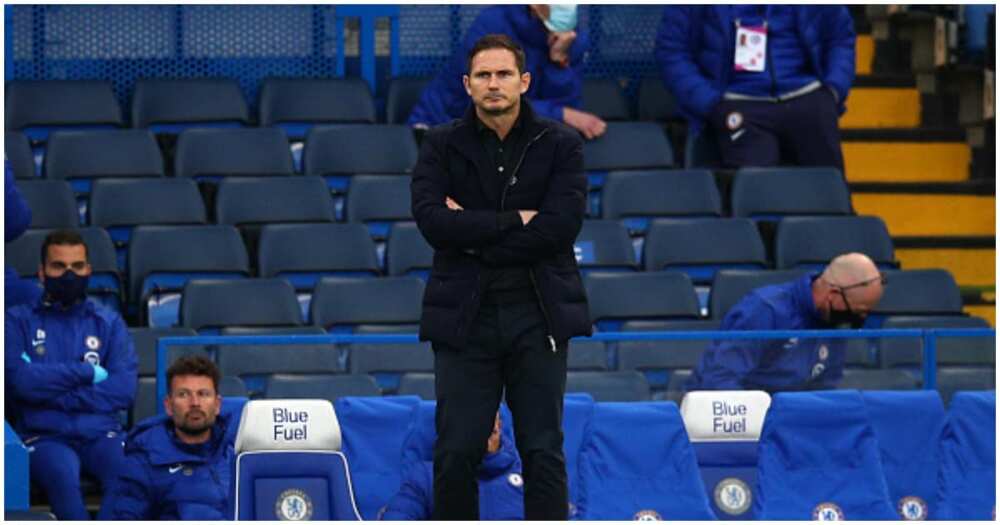 Lampard appeared to absolve Kepa of any blame after the match, instead claimed Zouma’s back pass that led to the goal was “short”. Photo: Getty Images.
Source: Getty Images

New boy Timo Werner handed the Blues a 2-0 comfortable lead before the half-hour mark as he found the back of the net in the 15th and 28th minutes.

However, Danny Ings pulled one back for Southampton two minutes to half time to have his side back into the game.

Che Adams equalised moments after the break, with the Englishman capitalising on a howler involving Kepa and Kurt Zouma. It was Adams’ equaliser that raised concerns among Chelsea fans as the Englishman capitalising on a blunder involving Kepa and Zouma. Photo: Getty Images.
Source: Getty Images

In the run up to the goal, Zouma passed the ball back to Kepa, who failed to control it allowing Adams to score.

But Lampard appeared to lay the blame on Zouma, claiming the defender’s back pass was “short.”

“I haven’t seen it back again, I just saw it in real time. The back pass is short and then Kepa attempts to stop it,” talkSPORT quotted Lampard saying.

“And then obviously it’s all around the goalpost. I didn’t see enough of it, but for sure it was a disappointing goal from our aspect,” the English boss added.

Earlier, Bioreports had reported how Everton on Saturday evening, October 17, maintained their leadership position on the Premier League standings despite forcing Liverpool to a 2-2 draw in their game.

Carlo Ancelotti and his wards will have the VAR to thank in their Premier League encounter against Liverpool as the system ruled out the late goal scored by Jordan Henderson.

Liverpool stars and their fans who watched on television were happy when Henderson scored, but the goal was later disallowed.