– The Lagos-Ibadan rail could be starting soon as a train left Ebute Metta station to Ibadan on Wednesday, September 16

– Onboard was a President Buhari’s aide, Tolu Ogunlesi, who said that the Mobolaji Johnson Station is under construction

The Lagos-Ibadan rail could be happening faster than what people think. The senior special assistant to President Muhammadu Behari on media, Tolu Ogunlesi, shared a video of the tail leaving Ebute Metta in Lagos for Ibadan.

Lagosians and those moving into the city from Ibadan may now finally bid goodbye to the signature traffic problem of the city.

In capturing the video, Tolu said that he is presently taking a ride on the train as the video shows the train about leaving the Mobolaji Johnson Station, Ebute Metta.

Another clip shows the station under construction. The third clip he shared showed the train on the move as it cruised without the limitation of the Lagos traffic. 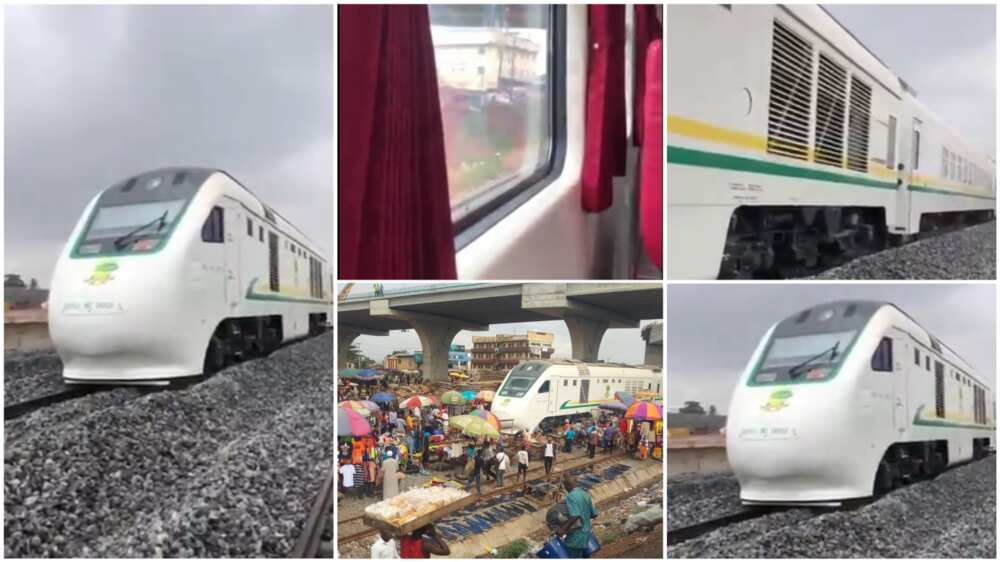 Watch his video below:

Below are people’s reactions:

Meanwhile, Bioreports earlier reported that the Lagos-Ibadan railway project that is billed to start in September will be doing so powerfully as more locomotives are on their way to Nigeria from China.

The new development was by the Twitter handle of the Chinese company in charge of the project, CRRC Corporation Ltd, on Monday, August 24. According to the tweet it made, the train engines will also be added to the available ones plying the Abuja-Kaduna railway.

According to the tweet it made, the train engines will also be added to the available ones plying the Abuja-Kaduna railway.

The locomotives left Changzhou Port to Shanghai and could be in Nigeria in days. The post gathered mixed reactions from Nigerians who had many things to say about them.

In other related news, a female train driver, Bai Yang, in a short video took people through the coach that would be plying the Lagos-Ibadan route and what to expect.

Before going into the train, Yang said that the journey between Lagos Ibadan has been greatly reduced. She added that as a driver, it is very important that she checks the brakes and other important parts of the train before any journey.

On the train, she showed viewers how very spacious the inside is with comfortable passenger seats. She added that there is AC for those boarding and screens to watch movies.