– Bisola Akande, who recently finished her national youth service, says she had no practical knowledge of what the accounting world was until she joined a company as a graduate intern

According to the first class graduate, she she became more confident in herself as a result of her experience at the firm

Bisola Akande, a Nigerian lady who just completed her national youth service, has taken to social media to pen heartfelt message to her employer who gave her the opportunity to grow.

Reflecting on her journey, Bisola said she graduated top of her department with a first class degree in Accounting and also got qualified as a chartered accountant.

She said she did not have a practical knowledge of what the accounting world was until she joined EY as a graduate intern.

According to her, she got exposed to the corporate world and quality leadership. She noted that she became more confident in herself as a result of her experience at the firm. 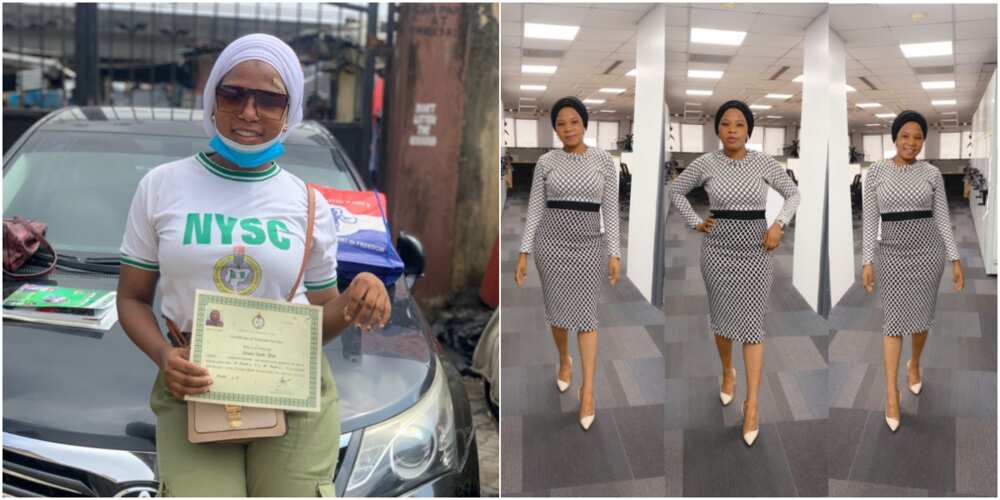 Bisola Akande expressed gratitude to her employer and NYSC for making her a better person.
Photo credit: Bisola Akande/LinkedIn
.

“My Journey in EY has been in my book of record as I became a better person in all. The corporate world exposure, quality leadership, effective team bonding, the open-door policy, respect to one another, outstanding learning to mention but a few have equipped me to be more confident in myself as their core values reflect in my actions.”

She expressed gratitude to the National Youth Service Corps (NYSC) for the great opportunity, adding that she strongly believe in continuous learning, adding value as I climb the corporate ladder.

The young lady also thanked the firm for the wonderful exposure.

Meanwhile, Bioreports previously reported that congratulatory messages poured in for a Nigerian lady on Twitter with the handle @Cherylsfx1 after being called to bar.

Just in: Trouble for Solskjaer as important Manchester United star ruled out for up to a month