– Grace, a stunning young lady on Twitter known with the handle, @jim_wea, has asserted that illegal money is worse than being broke

– Over 10,000 people have been reacting with different opinions to the statement made by Grace

A beautiful young lady identified on Twitter as Grace with the handle @jim_wea has made a single statement that has gotten over 10,000 reactions on Twitter.

In the post sighted by Bioreports on her personal handle, Grace mentioned that being broke is better off than making money illegally.

What the statement implies is that Grace would choose a man who is broke over another man whose riches come from an illegal source.

It is usually asserted that ladies go where money is, which makes Grace’s claim really interesting. 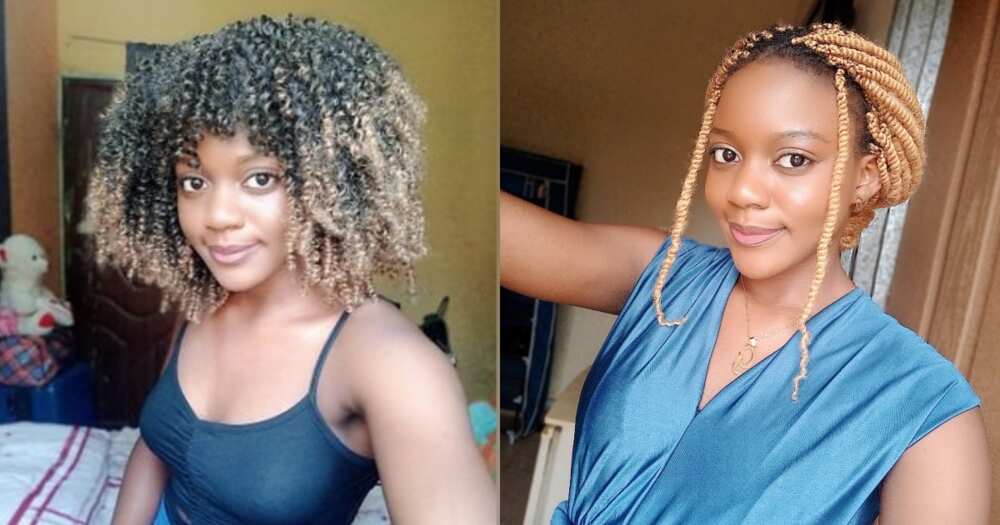 The lady said she go for a life without money to stay away from crime.
Photo source: @jim_wea
.

Check out some of the reactions on her post below:

@eraytee001 was in full support of what Grace said:

“This is total bullshit. I am not insinuating scamming is a good idea but then is there any dignity in being broke?

“Lol, it seems you haven’t been broke in your life until you are accused of stealing because they know since you can’t afford it you are most likely the culprit.”

@eraytee001 further addressed a problem he saw with many of the comments. According to hi, a lot of people lacked comprehension:

Meanwhile, Bioreports earlier reported that a Nigerian lady with the Twitter handle @rutie_xx stirred conversations online as she talked about married men and faithfulness.

She said if married men shun extra-marital affairs, 95% of female students will go hungry. She tweeted:

“If married men choose to become faithful to their wives. To be very honest, 95% of female student will die of hunger!!”

Can a (poor) man remain faithful to his wife after making money? | Bioreports