– According to Vida, no week in her life has passed by without her sleeping with men who she knows have died in the past

– At 37, Vida remains unmarried, single, childless, unemployed and spiritually tormented, struggling to survive one day at a time

Vida Anane, a 37-year-old Ghanaian lady has wept in a video, narrating how her entire existence has been destroyed by ghosts that she sleeps with.

In an interview with SV TV, Vida mentioned that no week in her life has passed by without her having a sexual encounter with men who she knows have died in the past.

According to her, just about four days prior to the interview, the worst of all happened to her when she dreamt and saw her own late father sleep with her.

The heartbroken lady said that after every encounter, she wakes up feeling ‘satisfied’ as though she had been physically slept with and she often experiences pain in her private part.

When Vida was asked about how it all started, she tearfully recounted:

“I started experiencing these dreams from primary school through JHS and SHS until now. But I never told anyone until SHS when some of my friends who had similar encounters told me about how dangerous it was.”

Since then, Vida says she saw some prophets who claimed they delivered her but the problem has still persisted. 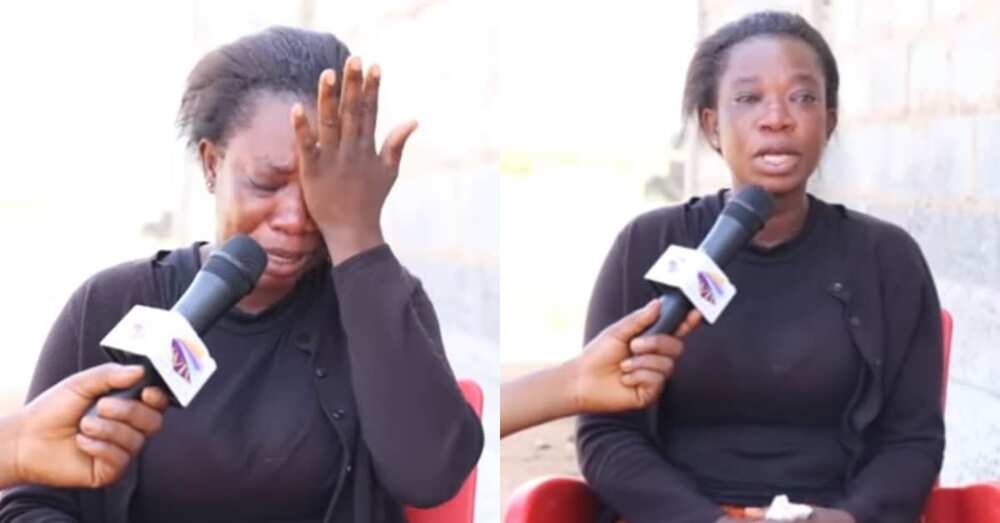 Ghanaian lady narrates how ghosts she slept with messed up her life.
Source: YouTube/SV TV Africa
.

Perhaps, the saddest part of the whole story was when the lady said that the ghosts have prevented everyone from helping her in life to become a better person.

“When somebody wants to help me, they usually tell me that strange people visit them in their dreams to warn them to stay away from me or face their wrath.”

The lady further added that:

“Whenever I get employed, the business begins to experience tough challenges and often collapses. On other occasions, my employers tell me that my face physically turns into the heads of different animals, so they can’t work with me”.

The 37-year-old also mentioned that everyone she has ever dated complained about getting warned by spirits in their dreams and the longest relationship she had lasted for only one month.

Vida Anane comes from Techiman but stays in Salaga.

She remains unmarried, single, childless, unemployed and spiritually tormented, struggling to survive one day at a time.

In the video, the lady actually went on her knee as a man would normally do to a lady.

Meet mother of 3 who has been spraying cars for 20 years, she says her biggest challenge is the many proposals from men (video)

By Kolade Adeyemi, Jos Scores of Plateau residents who participated in the looting of warehouses as well as public and...

#EndSARS: List of States with judicial panels of inquiry