Known for exploring cultural themes in Nigeria, Kunle Afolayan’s most recent project entitled, Citation, focuses on sexual and gender-based violence in universities across Africa. In a recent virtual interview with OLAITAN GANIU, the actor and filmmaker gives insights and experiences on his new film and star cast.

Tell us the process of producing your new film, Citation

This journey started over two years ago. But, last year November, we started the pre-production – we went to check locations – visiting Ife, Cape Verde, Senegal, and also met with people that we could collaborate with in those locations before we finally set the date for the shoot.

Though, the entire story was meant to be shot in Nigeria but for me I am always looking at Pan-Africa movies. I was like instead of making this another Nigerian film, why not let’s explore the possibilities of making it Pan-African and I am glad I made the decision.

Was the pandemic the reason for releasing Citation on Netflix?

This movie wasn’t commissioned by Netflix, but when we were filming, Netflix came and started asking questions about it, they wanted to know our plans for the film. For me, I love big screens, as a matter of fact, I had started talking with cinemas and I was looking at August for the theatrical release. But, man proposes, God disposes. We finished filming in February, and then by March pandemic was here and we were hoping that we will be able to edit the post-production on time and release but by the mid of the year, we had a rethink to talk with Netflix who has been showing interest… and that was when we took that decision. And I can tell you for a fact that I don’t regret my action.

Of course, there was a sales projection from the beginning but putting it on the net has exposed the film to a bigger audience, all over the world. Instead of us struggling and begging people to come to the cinema and doing the cinema tour just to confused Nigerians to watch Nigeria’s film, that has been taken away. So, I’m really excited that it is on Netflix, globally and I have moved on to the next project.

How would you rate Temi Otedola’s acting as a debutante?

Temi is very disciplined. Every day, Temi was on set, she would wake up as early as 6:00am and she would leave in the night. Sometimes when I feel she is tired or tense, I will suggest whether to move the scene to the next day and she will insist saying “No, no let’s do it.” As a filmmaker, if you keep getting this from someone, there’s no way you will not want to keep them on your set because that is what you call pure discipline and passion. 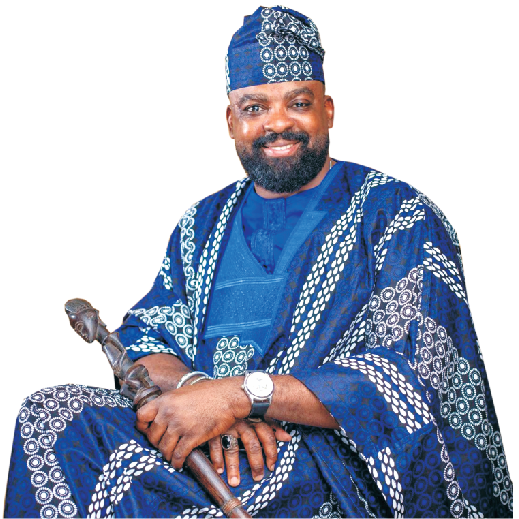 I remember I called her (Temi) for the first time and asked her to do a monologue: ‘Imagining that a lecturer is trying to bully you and you are helpless then sit by the window, no makeup, no wig, just internalize and express yourself.’ After some time, she sent me a video and I replied with ‘Okay, that’s good.’ I just called my team that we’ve got a female lead for the film.’ You know, it is very rare to find someone who will speak English, French and Yoruba and who has the look and other characteristics. So, these are the things I found in her.

Do you think the movie would change Nigeria’s academic culture?

So when I make films, I put a bit of questions? When we were filming, I wanted to create balance because I don’t want to portray the lecturer as a bad person because in the university, you also have the bad student too. The take home is, even though the student comes after you as a lecturer, you should not take the advantage. If a lecturer harasses a student, they should report to the right authorities either the academic management or NGO, and vice versa. Citation treats a subject that people are quite familiar with, not just in schools but in all walks of life. What we tried dealing with in the film is not the fact that these things exist, it’s the fact that if you find yourself in this situation, what are you going to do?”

Also, this movie will encourage a lot of young people. Yes, we try to entertain people but at the same time we look at issues in society that need to be enlightened and then we try to infuse entertainment around the story.

Is that why you featured Seun Kuti in the movie?

I wanted to immortalize Fela as an icon, not just in Nigeria but all over the world and to be as realistic as possible. In those days, people organised shows to bring popular musicians like Shina Peters, Pasuma and others and they would come with live bands and perform all night. Even in secondary schools, they used to take stage play for students so I used a stone to kill two birds. Because, we are telling a very serious story about campus life, but then, we want to make it fun and entertaining for viewers.

And again, a lot of people who graduated from Obafemi Awolowo University (OAU) will tell you that ‘if you haven’t seen any movie in Amphi Theatre, then you are not a student of Ife.’ More so, all the people you see in the scenes are extracts and some of them got paid. So will you shoot that amazing concert and cut it to 30 seconds?

Why did you make Yomi Fash-Lanso play a mute role?

Yomi is a veteran actor who has been around for about three decades. When I contacted him about whether he will be able to take a role without speaking, he said to me ‘Kunle, best actors don’t have to talk or say a word for them to express themselves.’ Yomi took the role and played it perfectly.

As a matter of fact, we considered some actors for that role but they gave flimsy excuses. I want other actors to understand and learn from this. When you are called for any role, don’t just look at it as anyhow. How many scenes did Samuel L. Jackson do in ‘Coming to America’? But that was one of the films that made him.

In dealing with sexual and gender-based violence, would you say our culture has a role to play?

What is your mystical ideology?

Emi o gbadun (meaning, I am abnormal). I don’t think I am normal and that is why I’m weird. That is why when I am treating societal issues, I try not to duel too much into religion because I believe more in life and humans.

I also believe that there are forces, these forces to some people they tap their energy from the churches or pastors and the Mosques or Imams. Then, the traditionalists also have their gods including Ogun, Sango, Obatala, Mermaid waters and all of that. For me, I am a free-thinker and when you are free-thinker you won’t be biased because I believe that everything works together for good.

By Ernest Nwokolo, Abeokuta Former President, Chief Olusegun Obasanjo, has lamented the over 14 million out of school children in...