Just in: Luis Suarez reveals what Lionel Messi cherishes more than football and it’s a surprise

Luis Suarez has stated categorically that Lionel Messi is much more concerned about his family than football, amid rumours that the Argentine is set to leave Barcelona.

The future of the six-time Ballon d’Or winner at the Catalan club remains in doubt in the wake of the epic transfer saga which almost crippled the club during the summer.

It got to a point that the Argentine threatened legal action having tendered his transfer request. But after the club cited an existing clause in his contract, Messi made a U-turn to see-off his contract which expires next summer.

And with rumours linking the Argentine with a move to Premier league club Manchester City, his former team-mate and friend Suarez has stated that Messi is more concerned about his family right now.

The 33-year-old told Marca as cited in SunSport.

“We speak a lot but honestly when we speak it’s about our lives.

“We’ve both had children’s birthdays recently, we talk about life, the virus and everything else but very little about football.

“We’re more concerned with how our families are than what happens in football.”

Recall that Suarez was let go at the Catalan club upon the arrival of new manager Ronald Koeman after the new tactician placed a less than one minute call to notify him of the club’s position regarding his future. 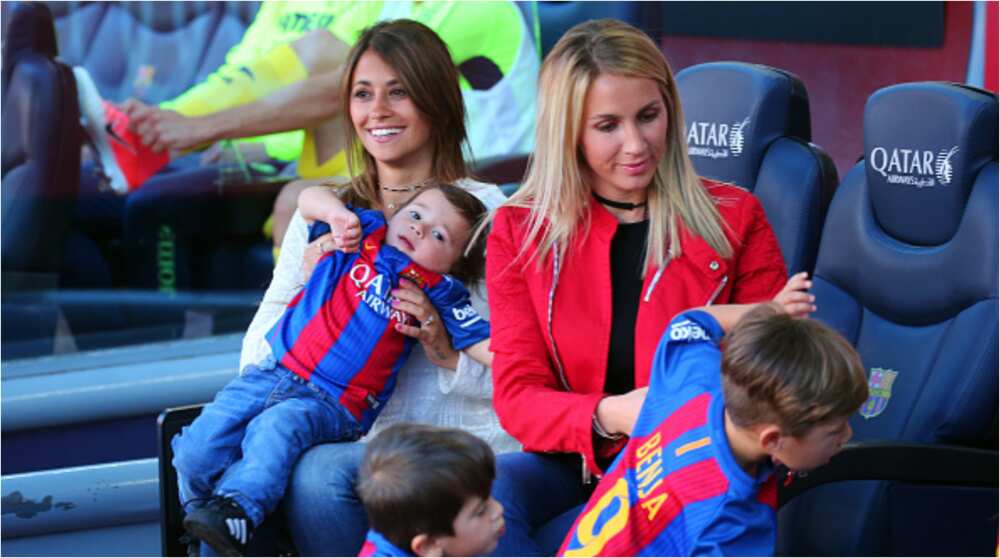 Suarez who has become a major part of Diego Simeone’s squad at Atletico Madrid stated that he felt bad the way he left Barcelona.

“I was sad and hurt by the way I left, which I have already said.

“I feel proud. When I wasn’t wanted, I found somewhere I was. I’ve found happiness and I’m enjoying this period.”

Barcelona sits eighth going into the clash and, at times, have found goals hard to come by in LaLiga.

Meanwhile, Bioreports earlier reported that Cristiano Ronaldo and Lionel Messi have remained the best players of the last two decades as the pair split staggering 11 Ballon d’Or titles among each other.

While Ronaldo has won the prestigious award on five separate occasions, his rival Messi remains the only footballer with six of the awards as both continue to battle for the biggest prizes in the game of football.