As FAM changes tune to placate Zamsaham, Kelantan tell MFL to show them the money

40 seconds ago by
Babajide Orevba

Diego Maradona who died on Wednesday, November 25, had wished he had an one more opportunity to spend a day with his mother Dona Tota.

The 1986 Fifa World Cup winner had brain surgery just few weeks back and there were signs that he was gradually recovering.

News of his death stunned the globe and many have continued to pour their emotions – having the legend’s late mother Dona Tota in their thoughts.

Argentine football outlet Clarin had a final interview with the star on his 60th birthday where he stated that he regrets not having his parents around, adding that he would have loved one more moment with his mum. He said as cited in SunSport:

“Football gave me everything I have, more than I ever imagined. And if I hadn’t had that addiction, I could have played a lot more.

“But today, that is the past. I am fine and what I regret the most is not having my parents. I always make that wish, one more day with Tota.

News of his death has allowed his final act of kindness break out having helped those who have struggled during the pandemic. 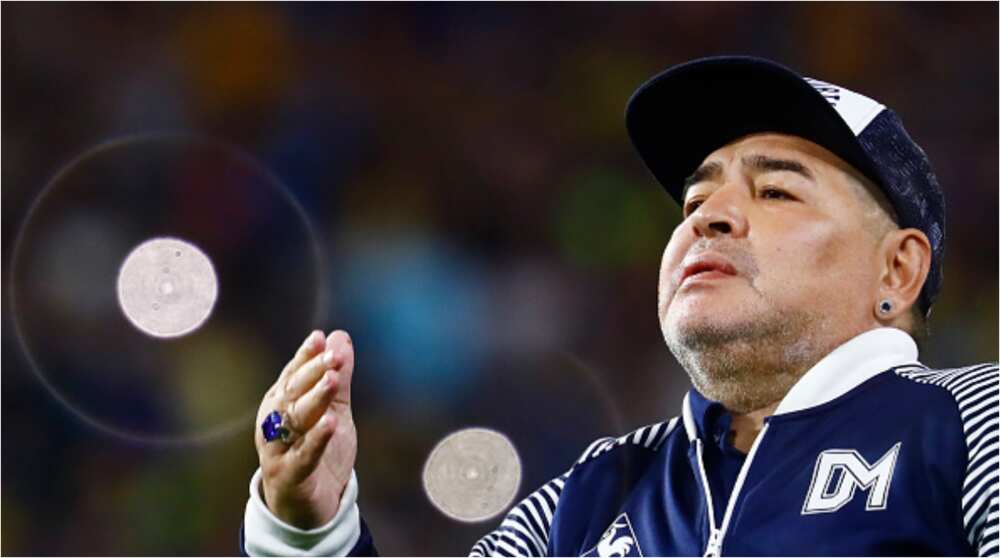 Diego Maradona’s mother died in 2011 but the legend had wished to spend one more day with her.
Photo: Marcos Brindicci
Source: Getty Images

Also, just weeks before his death, the 60-year-old launched a fundraiser to help get food across to people who have been affected in the wake of the coronavirus pandemic.

Although a controversial character, Maradona remains a legend of the game of football despite his antics on and off the pitch.

Meanwhile, Bioreports earlier reported that Diego Maradona’s former lawyer Matias Morla has called for an investigation over the death of the Argentine football legend claiming that the late arrival of ambulance did no help to his ex-client.

Lawyer Matias Morla was not happy about the death of his friend and blamed officials in charge of ambulance claiming they arrived too late.

Buhari’s personal assistant finally set to tie the knot, Nigerians react as they receive invitation from the presidential aide

Buhari's personal assistant finally set to tie the knot, Nigerians react as they receive invitation from the presidential aide