Just in: Get set – Nigerian student body sends out message as NLC prepares for strike in less than 12 hours

– Meanwhile, a spokesperson of the Independent Petroleum Marketers Association of Nigeria (IPMAN), is asking members of the group to stay away

The strike planned for Monday, September 28, may affect tertiary institutions as the National Association of Nigerian Students (NANS) has declared support for the action.

The Nigeria Labour Congress (NLC) says it is going ahead with the planned action and NANS is already mobilising in reaction to the recent increase in the price of petrol and electricity tariff.

The Nation reports that the position of NANS was made known by the association’s spokesperson, for the south-west zone D on Sunday, Kazeem Olalekan Israel, September 27.

According to Israel, all JCC chairmen of the NANS in the southwest region are already on notice and asked to mobilise students for the action. 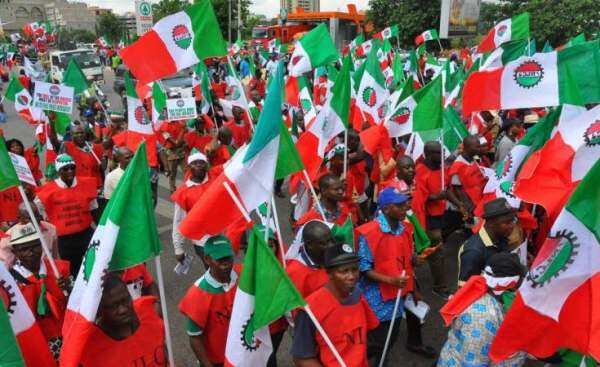 The NLC has scheduled a national strike for Monday, September 28
Credit: The Nation
.

“Today, the people are living in despair and there is high cost of living. Low standard of living with the government doing absolutely nothing to ease the clear hardship we have in the land. There is no proper adjective to employ in describing the increment which PMS pump price has received in the last three months.”

“It is based on the foregoing we declare our solidarity and full support… We call on all Civil Society Organisations both on and off campuses to unite and mobilise millions of Nigerians to the streets on Monday.”

Yakubu said this during an interview with News Agency of Nigeria (NAN) on Sunday in Abuja while reacting to the planned strike by the organised labour slated for Monday.

The News Agency of Nigeria (NAN) quotes Yakubu as saying:

“IPMAN will not be part of the strike the NLC is calling, since our Association is not part of NLC.

“Therefore, we have already directed our members to continue doing there normal business while NLC and TUC are doing there strike.” he said.

Yakubu pleaded with Nigerians to cooperate with the government in ensuring that the economy grows better and stronger.

Bioreports had reported that despite a meeting between Femi Gbajabiamila of the House of Representatives and the NLC, its officials say they would continue with the strike.

Actress Mimi Orjiekwe: I pity women who marry men with no class, because they will suffer

From ballerina to gamer and entrepreneur: The Mari Takahashi origin story – Bioreports

From ballerina to gamer and entrepreneur: The Mari Takahashi origin story - CNET