I Am Not Desperate For CAF Presidency – Pinnick

Chelsea have been warned they could miss out on a place in the top four if they fail to find a replacement for Kepa Arrizabalaga.

Kepa is currently the Blues first choice goalkeeper having failed to sign a replacement this summer. 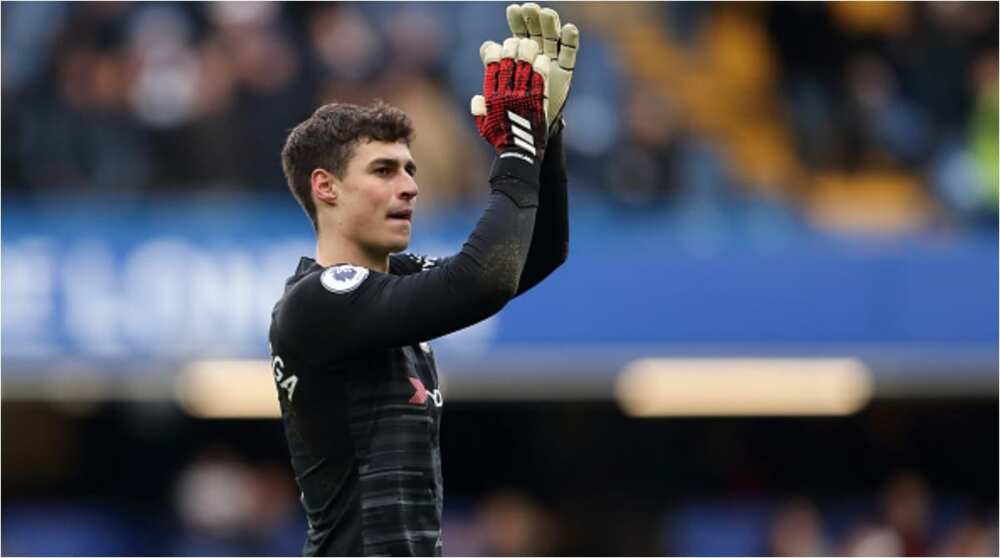 Kepa Arrizabalaga had the worst save percentage of any goalkeeper in the Premier League last season. Photo: Getty Images.
Source: Getty Images

The west London club had been linked with a number of world class keepers including Andre Onana and Jan Oblak but could not get a deal done.

Édouard Mendy is the other shotstopper who had emerged as a potential replacement for was Kepa.

However, the Stamford Bridge dwellers have not been able to complete the transfer, leaving the Spaniard goaltender as the only possible option for the club into the new season.

This is despite the ex-Athletic Bilbao’s poor performances last season that saw him record the worst save percentage in the entire Premier League.

Former Tottenham Hotspur midfielder Jamie O’Hara has warned Frank Lampard he needs to get rid of Kepa if his side is to finish in the top four.

“If you want to get in the top four, you need to get rid of Kepa,” O’Hara told talkSPORT.

“I mean, come on… if they want to get in the top four they need to sign a new keeper,” he added.

The Spain international started between the sticks when Chelsea won 3-1 against Brighton on Monday night, September 14.

He, however, was at fault for Brighton’s only goal of the match as he let Leandro Trossard fire past him from outside the penalty area.

Meanwhile, Bioreports earlier reported that Kepa Arrizabalaga made another blunder to allow Brighton equalize on Monday night, September 14 in Chelsea’s 3-1 win over the Premier League side.

Despite being the club’s most expensive goalkeeper yet, Kepa fumbled when Trossard fired home the equalizer in the 54th minute to allow the Seagulls restore parity.

Trossard’s strike from outside the box made its way into the corner but the former Athletic Bilbao shot-stopper had plenty of time to get across.