– Mason Mount, Hudson-Odoi and Tammy Abraham scored each in the second half do help

The half of the Saturday, September 26, six-goal thriller saw the Blues trail 3-0 at the break.

Unlike Chelsea, the Baggies took advantage of their chances, with Callum Robinson netting the opener after Alonso gave away the ball cheaply.

The ex-Sheffield United star doubled the advantage in the 25th minute, capitalising on a rare mistake from Silva who was making his Premier League debut.

Kyle Bartley went on to make it 3-0 through a tap in from a corner three minutes before the half hour mark as West Brom headed into the break the better side. 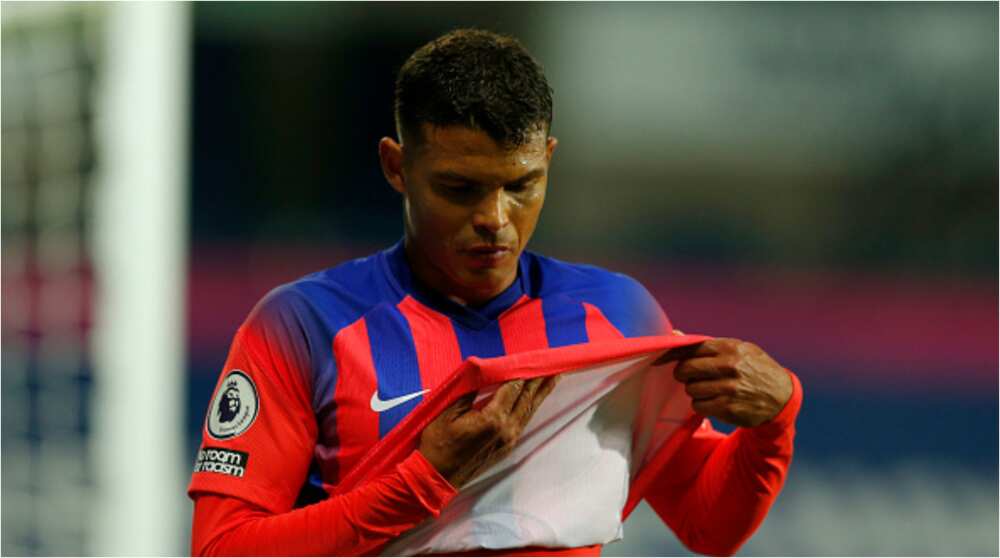 But Frank Lampard will have Callum Hudson-Odoi and Cesar Azpilicueta to thank, with the pair playing an integral part in helping his side stage a stunning comeback to finish the match 3-3.

Mason Mount, Hudson-Odoi and Abraham all found the back of the net to complete the fightback.

But Lampard could not hide his disappointment in his post-match interview as he tore into Silva and Alonso for costing his side a favourable result.

“Mistakes, clear mistakes. The first one, Marcos heads it into the middle of the pitch for them in a transition. Thiago one is a mistake, he’s been around long enough to know that and we’ll certainly give him that one in his first game,” the Englishman told Sky Sports.

“Then Marcos loses his man for the third goal from the corner. Clear mistakes so you can do as many meetings as you want, if you make those mistakes you give yourselves a mountain to climb,” he warned.

Chelsea will be back in action against Tottenham on Tuesday, September 29, in the 16th round of the Carabao Cup.

Bioreports earlier reported that Antonio Rudiger was left out of the Chelsea squad in the last two matchdays and now reports say Blues’ boss Frank Lampard is considering a loan deal for the player wanted by French club PSG.

Latest reports have it that the Ligue 1 outfit is ready to offer the player a season-long loan deal with a possible option to make it permanent.

Frank Ikpefan, Abuja THE Mallpai Foundation has empowered about 6,000 Internally Displaced Persons (IDPs) at New Kuchingoro in the Federal...

Ganduje: we won’t allow public assets to rot away