What you need to know about the Cubs’ new president

The 28-year-old joined the Nerazzurri from Spurs in a four-year deal valued around €27 million earlier this year.

He has since joining Antonio Conte’s side struggled for form and he is not even listed in Inter’s first team at the moment.

Meanwhile, the former Chelsea handler is hoping to add depth to his midfield in a bid to control games from the centre.

Conte would have preferred N’golo Kante but the Stamford Bridge outfit is not willing to allow the Russia 2018 World Cup winner to leave this summer as reported by Sport Bible.

This has now forced them to shift their attention to Xhaka whose current deal with the Gunners expires in the summer of 2023.

Sources close to the club claim they are already in touch with the North Londoners to find out if they will be interested in having the Danish in their squad in place of Xhaka this January.

Eriksen has scored four goals and assisted three others in 33 appearances for the San Siro outfit across competitions since he joined them in January 2020.

Meanwhile, the former Spurs star appears prepared to leave Inter after saying this to TV2 in an interview last week:

“This isn’t what I dreamed of. All players want to play as much as possible, but the coach decides who gets to go on the pitch.

“It is a strange situation, as the fans want to see me playing more and so would I, but the coach has different ideas and as a player, I have to respect that.

“Right now it may not be going so well in the club… I am concentrating on my football, then when the transfer window opens we will see if something will happen or not.” 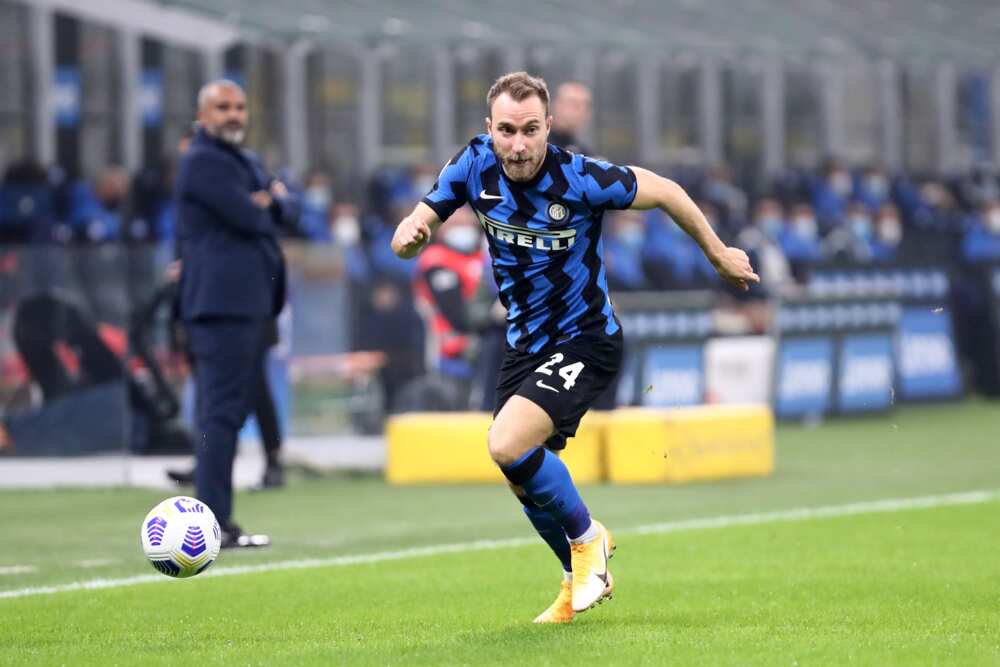 Mikel Arteta on the other hand still needs creativity in his midfield having frozen Mesut Ozil out of his team and Eriksen would probably fit that void well for the Spaniard.

Bioreports earlier reported that the Egyptian Football Association have announced that Arsenal midfielder Mohamed Elneny has contracted the deadly COVID-19 and has been told to go into self-isolation in his country.

Mohamed Elneny was said not to have shown any symptom or sign before the team travelled to Togo for their African Cup of Nations qualifier against the Togolese national team.

You have brought us so much joy, Yomi Casual pens beautiful message as his son clocks 1