Va. Tech starting QB, CB out Sat. due to virus

Arsenal fans can now heave a heavy sigh of relief following their captain’s decision to commit his future to the club.

Pierre-Emerick Aubameyang has signed a new two-year deal to remain at the Emirates Stadium until the summer of 2023.

His current deal was due next June but he has now ended all speculation linking him away from the North London club anytime soon.

The Gabon international earns £250,000-a-week, however, it could rise beyond the £350,000-a-week wages paid to Mesut Ozil with bonuses included in the new deal.

He said: “It’s finally done, I am really really happy to be staying here.

“This is my home. It’s a great day. I want to become an Arsenal legend and leave a legacy. It’s the time to work a lot but for sure I will give my best, as always.”

The 31-year-old opened his goal account for the new Premier League in their 3-0 win over Fulham at the Craven Cottage last weekend.

He scored his trademark goal after receiving a superb pass from new arrival Willian in the second half of the fixture.

The news delighted Gunners legend Ian Wright who said: “Thank you for signing. Others have left us in the past but you stayed when we needed you most.”

Aubameyang joined the North London club from Borussia Dortmund in a deal valued around £56 million and has scored 72 goals in 112 appearances across competitions. 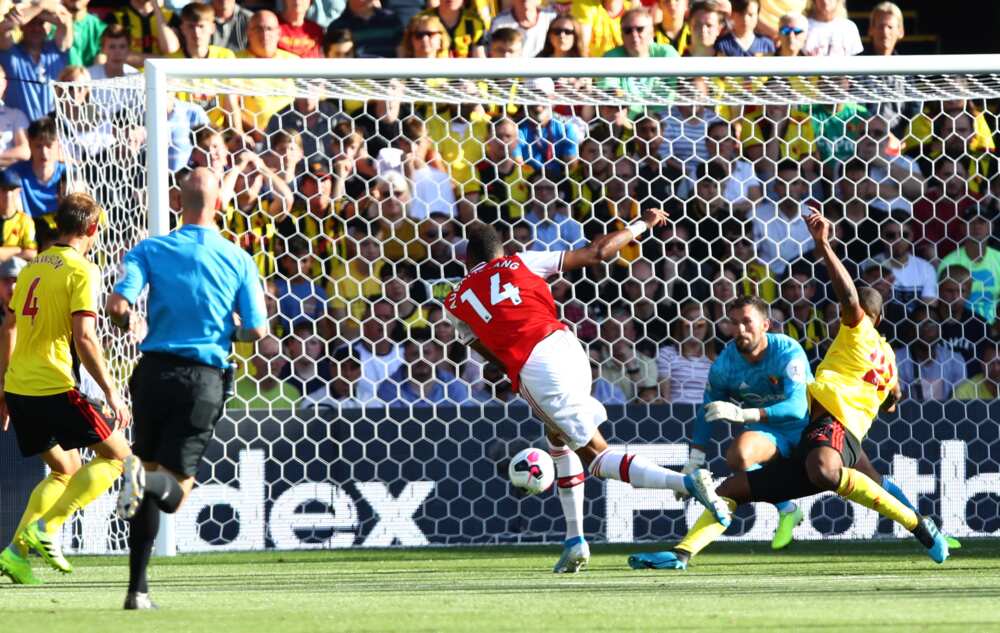 He was also instrumental to his side’s FA Cup and Community Shield triumph in the last few weeks.

Bioreports earlier reported that Arsenal got their Premier League campaign off to a bright start following their 3-0 victory over newly-promoted outfit Fulham at the Craven Cottage on Saturday, September 12.

France international Alexandre Lacazette fired the Gunners ahead just eight minutes into the encounter with a stunning strike.

The 29-year-old tapped into the net from a goal-mouth scramble to score the first EPL goal of the 2020-21 season.