– During the naming ceremony which took place on Tuesday, December 1, the governor explained why he named the twins after the two leaders

Governor Abdullahi Sule of Nasarawa state and a new wife he married in 2019 after winning the guber election have welcomed a set of twins into their family.

The Nation reports that the twins who are male have been named after President Muhammadu Buhari and a former governor of Nasarawa state, Senator Umar Tanko Al-Makura. 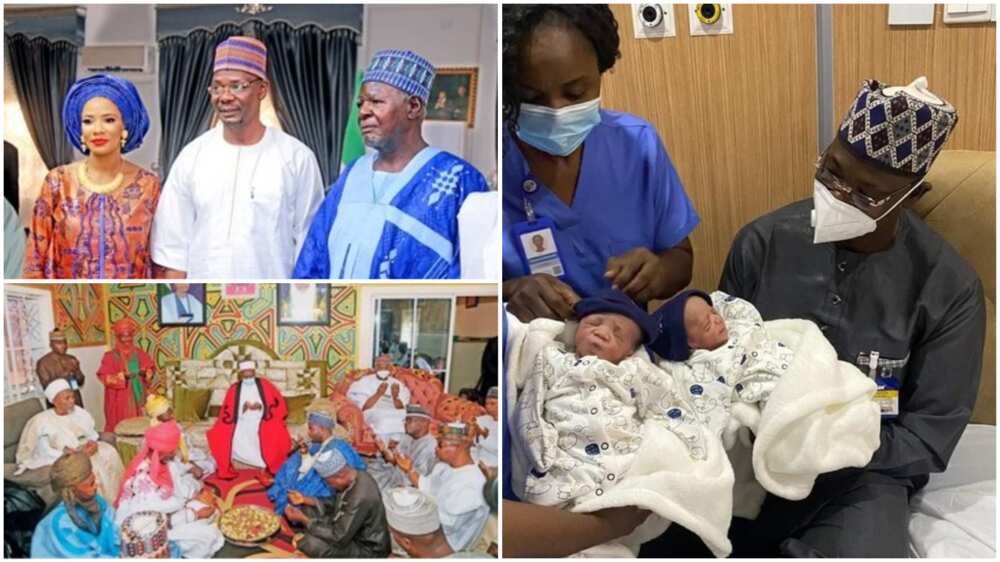 The naming ceremony reportedly took place on Tuesday, December 1, at the palace of the governor’s father in Gudi, Akwanga local government area.

Speaking at the naming ceremony, Governor Sule explained that he named the twins after President Buhari and Senator Al-Makura because of the respect he has for the two leaders.

He promised to continue to champion the quest for better education for children.

In other news, Governor Sule has boasted that he is the only Muslim governor in Nigeria who went to Church to thank God after his victory in the last governorship election in 2019.

The Nasarawa state governor said he did this because he had his early secondary education at a Christian church, precisely a Roman Catholic setting.

Sule made this revelation during his commissioning and dedication of Evangelical Reformed Church of Christ (ERCC) ultra-modern headquarters secretariat located in the Akwanga local government area of the state.

Similarly, the governor said in another report that he is not bothered about being re-elected in 2023.

Governor Sule said he was grateful to God for giving him a four-year mandate; saying it is long enough for him to contribute his quota to the development of the state.

We started drumming from the womb – twin talking drummer | Bioreports

Holiday Gifts for the Outdoorsy 2020

Holiday Gifts for the Outdoorsy 2020