Chelsea got their Premier League campaign off to a flying start with an impressive 3-1 victory over Brighton & Hove Albion at the AMEX Stadium.

Frank Lampard nevertheless lined up a strong squad for the away encounter, drafting in Werner and Havertz to lead the line. 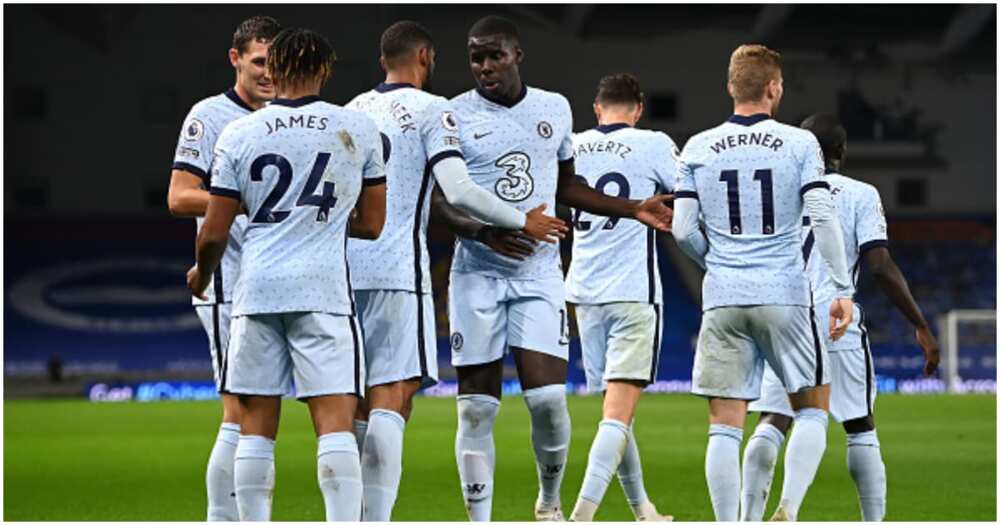 And it was Werner who had a near-instant impact, with the German winning a penalty in the 23rd which Jorginho stepped up to slot home to make it 1-0.

However, the home side restored parity 10 minutes into the second half through Leandro Trossard driving a powerful shot past Kepa Arrizabalaga from 22 yards.

But the equaliser did not last long as Reece James restored Chelsea’s lead a minute later, slamming a spectacular drive into the top corner.

Kurt Zouma took the game beyond the hosts in the 66th minute as the ball took a huge deflection off his effort to find the back of the net.

The west London side eventually cruised to a 3-1 win, joining the likes of Arsenal and Liverpool both who won their season openers.

Bioreports earlier reported that Danny Drinkwater who is on the books of Chelsea has reportedly been linked with a move to join former coach Claudio Ranieri at Sampdoria this summer.

Since joining the Stamford Bridge club three years ago, Danny Drinkwater has been an outcast and has been playing away on loan.

The 30-year-old has made just 23 appearances since joining the club for £35million from Leicester City.