– According to Motara, she has been searching for the girl to apologise to her but all to no avail

Days after she was criticised for teasing a child beggar with her drink, social media influencer Motara has said she regrets her action.

The young lady who was dropped as a member by a non-profit organisation identified as Brotherskeeper due to her action, said did not mean what she portrayed in the video.

According to Motara, the video which sparked outrage on social media was posted on her WhatsApp status. She said she has now idea on how the video got to Twitter.

In an interview with BBC News Pidgin, Motara said she frequents the same spot she saw the girl in the hope that she will see her again and apologise for her wrongdoing.

According to the young lady, she will go on her knees whenever she finds the girl and seek her forgiveness. 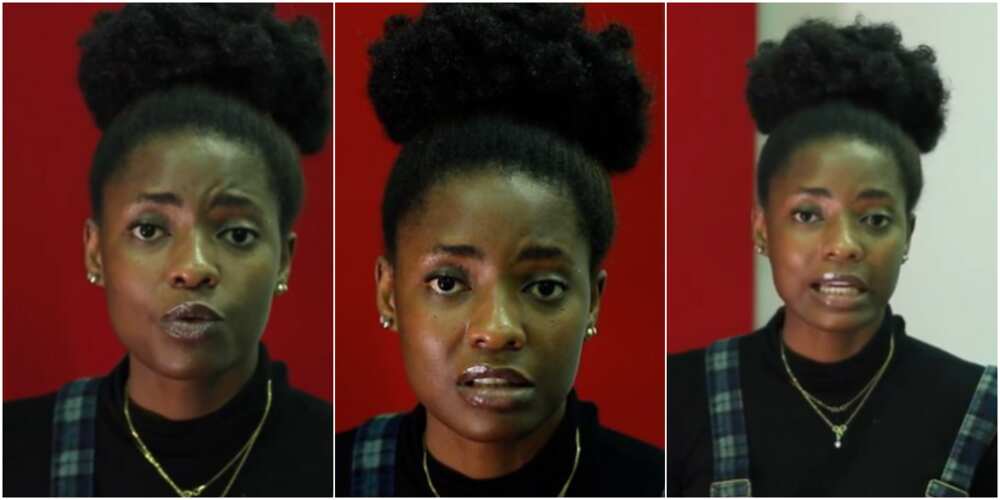 She said she has not been able to sleep or eat since the video went viral.

In other news, a popular social activist and writer, Reno Omokri, has spoken against begging by those who could afford data and smartphone.

In a tweet, he said while he could be generous, he does not spend money anyhow.

According to Omokri, if a single mum could afford to buy a smartphone and subscribe, then such a person has no reason begging him for food money.

Reno said that while could show sympathy for widows, he does not have any for single mums. Many reactions have trailed his tweet since he made it.