Felix Chukwuneke, the father of 17-year-old Chisom who had 7 A1s in the 2019 WAEC examination, has explained how his daughter died.

In a touching tribute to his daughter whose death shocked Nigerians, Felix said the illness started as a leg pain that got worse.

According to the Chisom’s father, he had to fly the girl to South Africa for treatment because of the poor healthcare facility in Nigeria. 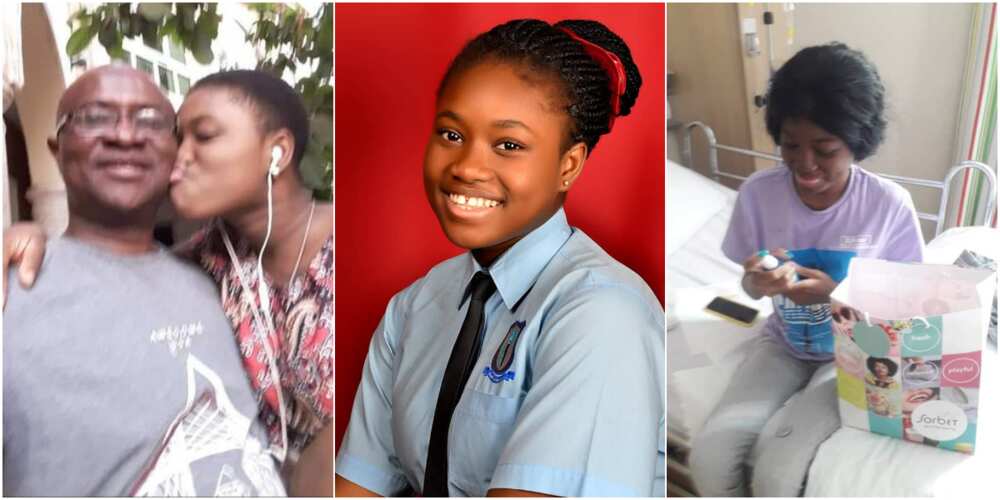 The heartbroken father said his daughter battled the sickness for more than a year before succumbing to it.

His tribute read in part:

“You spoke in parables about a special gift 10 days earlier, and left a day to my birthday.

Never did I know your special birthday gift, You promised was your Glorious exit.

You exhibited your virtuoso and dazzling intellects, to the bewilderment of the doctors at Wits Donald Gordon Hospital Parktown Johannesburg South Africa. Today your name is written in Gold over there.

Felix said noted that Chisom would continue to be in their hearts.

Below is the full tribute:

In other news, a Nigerian mother and her 22-year-old son have passed away hours apart from each other, throwing their family and friends into mourning.

The 52-year-old woman identified as Theresa Nyorong Yohanna Bwai slumped and died on the morning of November 18, after hearing about her son’s death.

Bweifar Isaac, who was said to be a popular recording artist, photographer and student, was shot dead by suspected cultists in Jos, on Tuesday night, November 17.