It can lead to death: Pastor to SMAN about stinginess to men of God

– A Nigerian man of God has shared his thoughts on the faux group, Stiny Man Association

– Identified as Goodheart Val Aloysius, he warned that the idea of being stingy shouldn’t be extended to pastors

– According to him, being stingy to a man of God can lead to an untimely death

Sting Men Association of Nigeria (SMAN) may have started on social media as a joke but it appears not everyone is taking it to be what it is.

Case in point is a Nigerian man of God identified as Goodheart Val Aloysius. He recently took to Facebook to share his thoughts on the faux association. 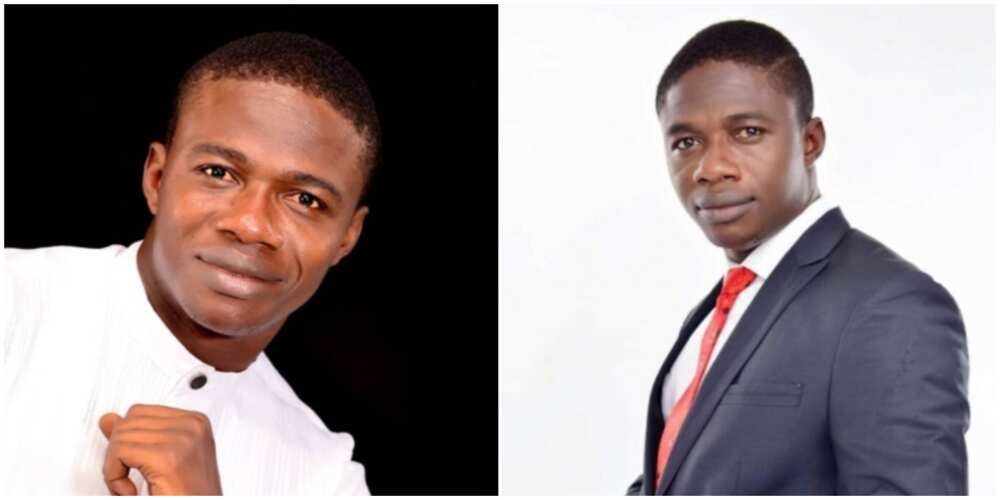 Aloysius in a recent post, warned against the practice being extended to men of God and the ministry as it could lead to death.

“Hope this ongoing (SMAN) will not be extended to pastors and the ministry? Because to be stingy with your man of God can lead to untimely death.”

In December, Aloysius caused quite a stir on social media after saying people using three cars when their pastors are trekking are in trouble.

Bioreports notes that the cleric made the controversial statement on his Facebook page.

In other news, a Christ Embassy pastor identified as Biodun Lawal has said heaven is ashamed of pastors and Christians who wear face masks as a COVID-19 preventive measure.

In a viral video that has sparked controversy, the cleric said anyone who wears face mask is a baby Christian.

Don Jazzy went to the extent of making an ID card to show his seriousness and he even registered as the head of the union.

His junior brother, Jay Mavin, was also not left out and he registered under the position of the speaker.

In a funny turn of events, Don Jazzy’s father, Grandpa Mavin, took to his Instagram page to call for an end of the association.

Nigerian lady finally leaves the country, goes to Switzerland to do this, many react

Nigerian lady finally leaves the country, goes to Switzerland to do this, many react