2 minutes ago by
Taiwo Owolawi

The Nigerian music industry is no doubt blessed with a number of talents but three of them that seem to have stood out more than the rest are Wizkid, Davido and Burna Boy.

Despite these three holding the top spots, their fans always seem to be at loggerheads on social media as they are always determined to choose the best.

It is not strange to see fans of these artistes arguing on social media about who should be number one and Bioreports recently organised a poll for its readers to make things easy for them. 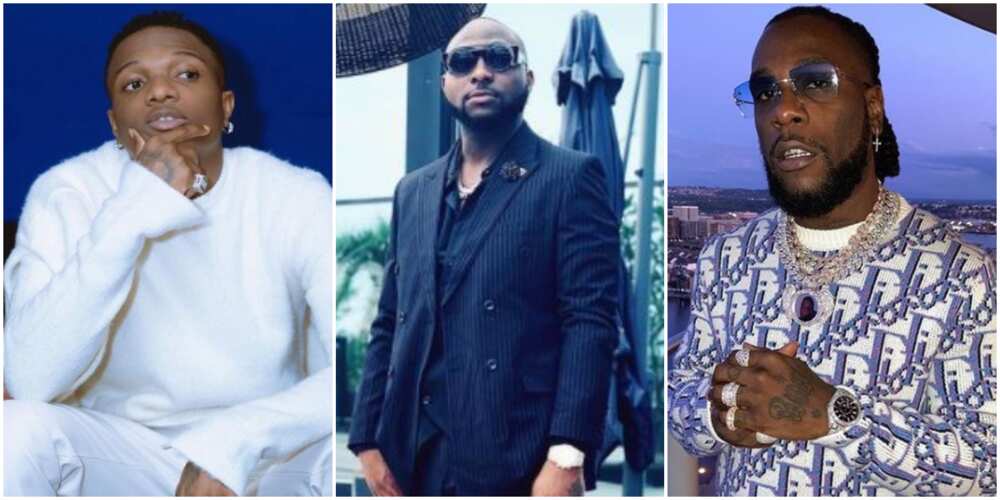 Internet users recently voted on which Nigerian artiste had their album of the year.
Photos: @wizkidayo, @davido, @burnaboygram.
Source: Instagram

The year 2020 seemed to be raining albums in the music industry with artistes dropping their body of work.

In the poll created by Bioreports it was asked which music star among Wizkid, Burna Boy, Davido and Adekunle Gold had the best album of the year.

Burna Boy’s Twice as Tall gathered 15.7% of the votes, Davido’s A Better Time had 24.1%, Adekunle Gold’s Afro Pop, Vol 1 had just 1.9% votes while Wizkid emerged the winner of the poll after gathering 58.6% of the votes.

See the poll below:

A number of fans also took to the comment section to share their thoughts about the poll and its result. Read what some of them had to say below:

In other music news, Bioreports reported that Wizkid’s fans took to social media to plead with the singer not to go mute on them for five years before dropping another album.