Cristiano Ronaldo found the back of the net in Juventus’ 3-1 win over Sassuolo to take his tally to 15 goals in 16 matches this season.

The goal did not come that easy as the 35-year-old laboured in the 92nd minute to score Juve’s third to put the game beyond the reach of their opponents.

The Portuguese sensation won’t stop scoring, despite him approaching the age of 36 and now he has reached yet another sensational milestone at the Italian club.

John Charles had, 63 years ago, became the first player at Juve to score 15 goals in his first 16 appearances of a season dating back to 1957/58.

However, Ronaldo is doing this even better as the former Real Madrid and ex-Manchester United striker already missed three matches this season, having earlier tested positive for COVID-19.

He also became the first player to net at least 15 league goals over the last 15 campaigns, and equalled Josef Bican’s record of 759 goals – the most scored in football, according to official statistics.

He could break Bican’s record when the Bianconeri face title rivals Inter on Sunday, January 17. 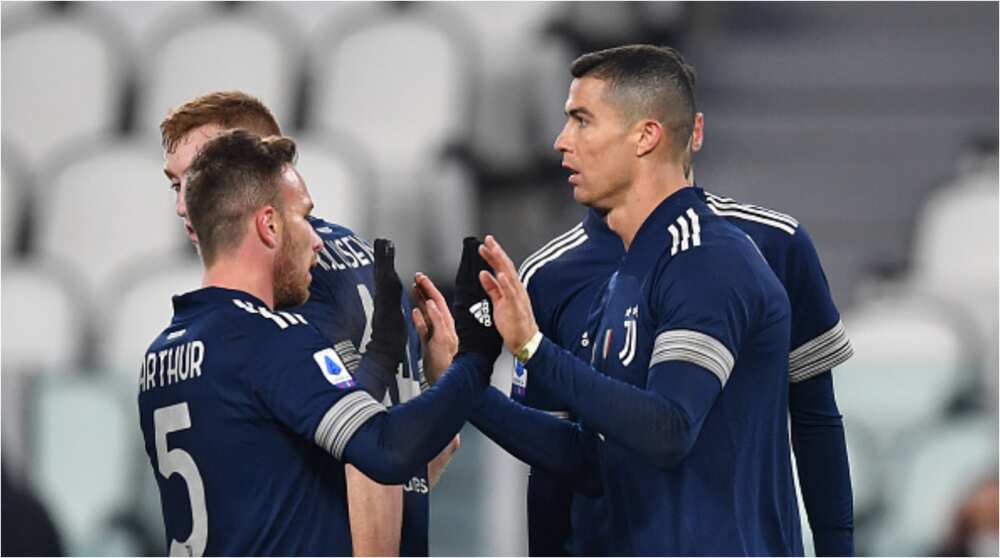 Meanwhile, Lionel Messi has been named in the team of best 2020 performers as Aston Villa captain Jack Grealish is paired with the six-time Ballon d’Or winner in the midfield.

Fans of WhoScored.com via SPORTbible voted for the standout performers for the year and it comes as a little surprise that Argentine star Messi made the cut.

The 33-year-old had a manic summer at Barcelona where he threatened to leave the club as he tendered his transfer request.

The entire Barcelona camp went into disarray and the club cited a clause in the Argentine’s contract and forced him to make a U-turn.

However, Bioreports earlier reported that Pele upgrades his Instagram bio to 1,283 goals after Cristiano Ronaldo broke his 757 official strikes in Juventus colours.

The Portuguese scored a brace in the Bianconeri’s 4-1 over Udinese as the 35-year-old made it 758 career goals displacing the great Pele by one goal.

There has always been controversy regarding Pele’s number of goals which was not officially documented as the football legend adjusted his bio to 1,283 goals on Instagram.

But fans took to Twitter to make fun of Pele for updating his tally and not respecting Ronaldo’s unbelievable feat.