Why Hugh Grant Is Over Playing “Mr. Nice Guy” After Years of Rom-Coms

– An interesting video of singer Davido has surfaced on social media

– A portion of the video also showed Davido making a luxury jewellery purchase for his daughter, Hailey

Nigeria singer David Adeleke aka Davido is no doubt known for his love of flashy jewellery and the music star has shown over time that he has no problem spending millions on chains, rings, wristwatches, etc even for those around him.

Just recently, his official jeweller, Ice Box, posted a video showing the moment the singer and his crew stormed their Atlanta store to make some major purchases.

Davido was seen rocking his popular 30 BG chain and also adorned his fingers and wrists with diamond-studded accessories. 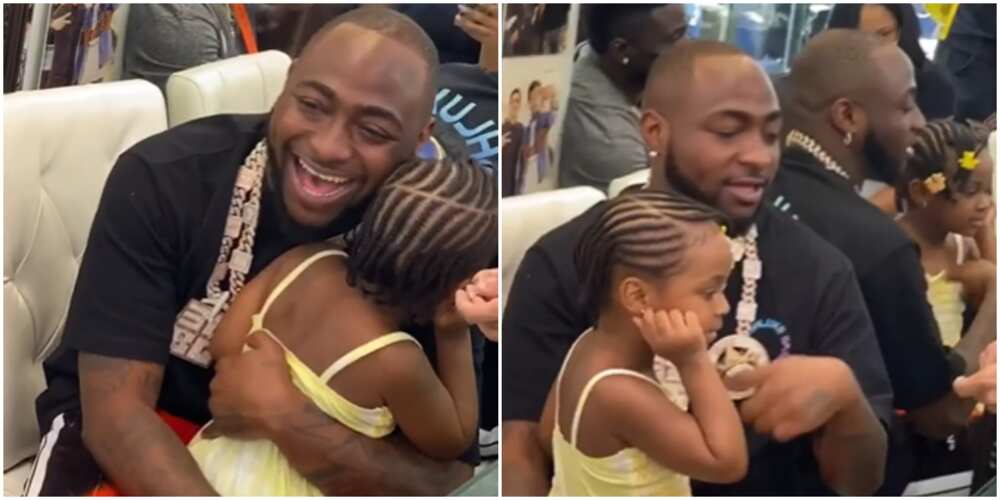 Interestingly, the singer appeared to have also taken his second daughter, Hailey Adeleke, on his jewellery shopping spree.

A portion of the video captured the doting dad asking his little girl to make any jewellery selection of her choice. He also teasingly asked her to let everyone present know that he has the money to afford the pricey accessories.

When the store assistant offered a little pendant, Davido was quick to make it clear that he wants a bold diamond-studded piece for his girl.

Watch the interesting video clip below:

From indications, the video was only just released, months after the singer and his crew members had paid a visit to Atlanta amid his world tour. Davido is currently in Nigeria promoting his recently released A Better Time album.

In a related story, Bioreports reported that Davido crowned a young and dedicated supporter as the ultimate 30 BG fan.

The singer gifted the young man with a 30 BG chain worth millions of naira. Davido also said the fan would get to spend a complete weekend with him.