bioreports recalls that the self-acclaimed African giant won the Grammy Award under the category of Best Global Music Album.

Alongside a picture of him holding the Grammy on his Instagram page, Burnaboy described himself as a product of sacrifice.

The singer also thanked his fans who supported him.

His post read: “Early morning deliveries from across the pond

“My parents prayed for excellent children, not houses but things. They asked my sisters for stellar degrees; one got a first-class in finance, the other got a distinction in engineering they asked me for a Grammy and here we are.

“I am a product of sacrifice. Thank God and thank you all again.”

Recall that Burna Boy had mocked those who prayed for him not to win the Grammy award.

In a series of tweets on his verified Twitter handle, the award-winning musician had said he would always remember how some Nigerians prayed that he should not win the award.

He also claimed that he does not make money from Nigeria and is not a Nigerian artist. 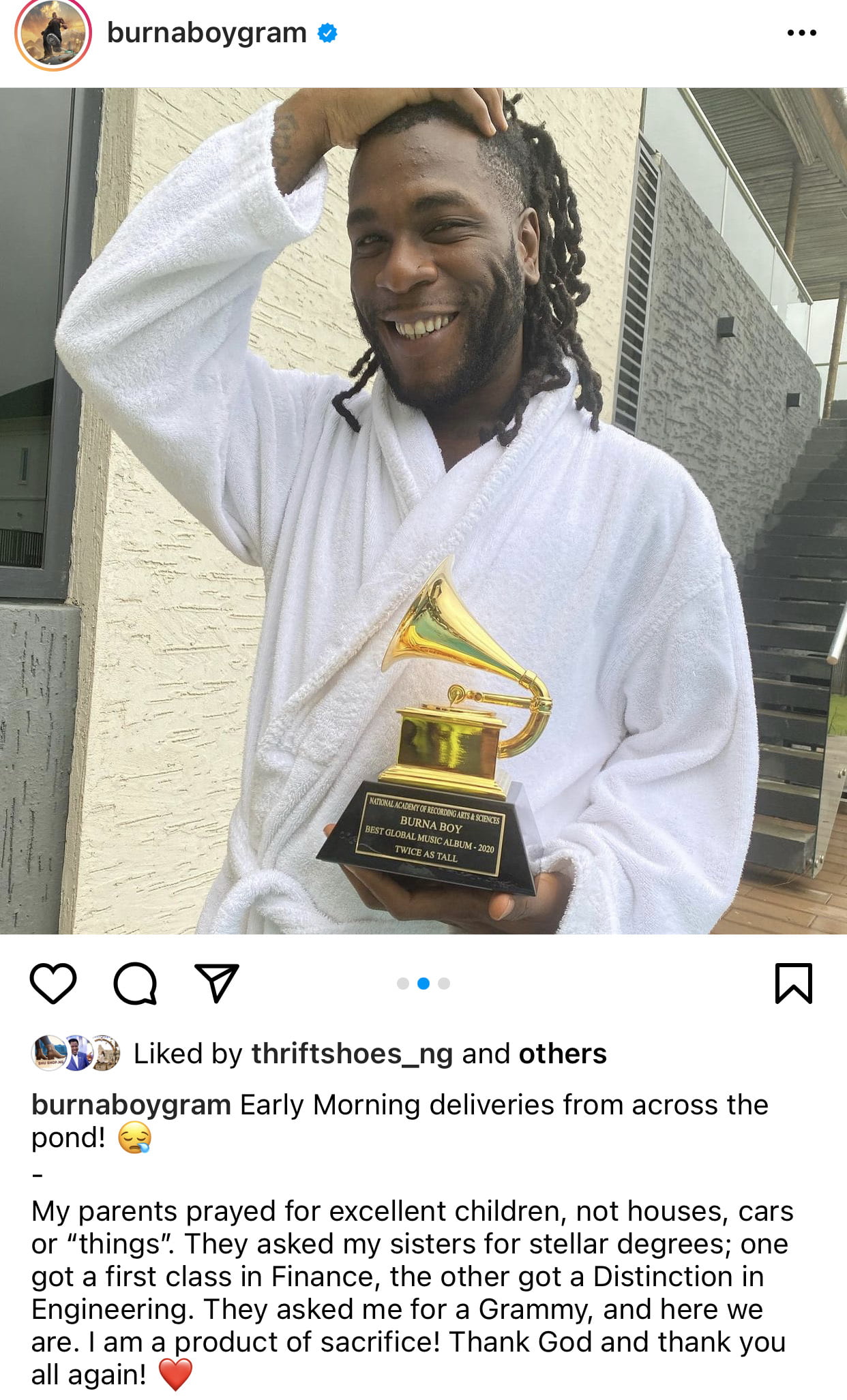 Nigeria vs Twitter: Only Biden can face Buhari – US Intel expert, Matthew Page

There Will Be Nothing Left In Nigeria If...