– According to the tweet, he would love to see them perform at the ongoing anti-SARS protest at Lekki toll gate

– He stated that he would drive up the message of unity

Fans of the defunct group, Psquare, may have a chance to see their favourite twin stars perform together if the estranged brothers, Peter and Paul Okoye heed to the suggestion of a fan.

Twitter user, @Abbey4sure5, in response to a tweet hailing a police officer for giving protesters a ride home in Jos, said the twin brothers should perform together at the ongoing protest at Lekki tollgate.

According to him, their performance would go a long way in preaching the message of unity. 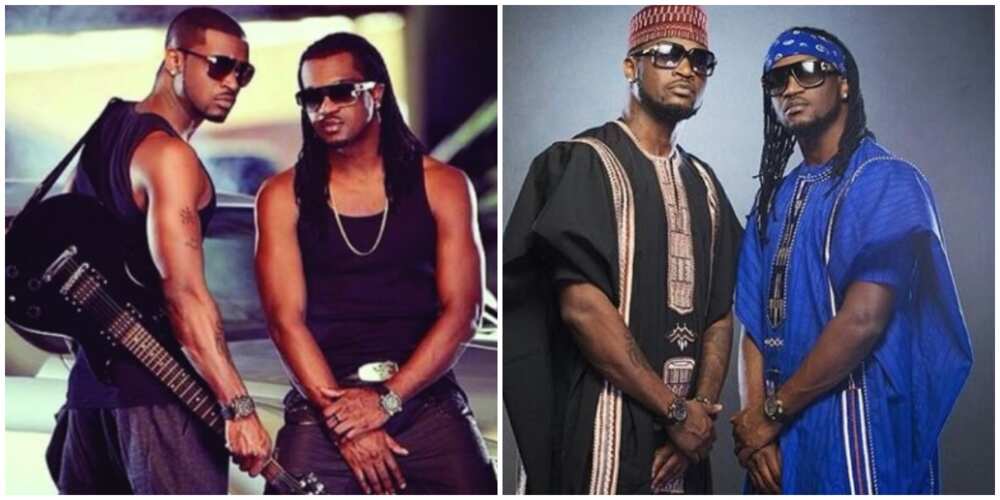 According to the fan, their performance would preach the message of unity.
Photo credit: Buzzfeed, Kemi Filani
.

Recall the twin brothers whose songs rocked the airwaves parted ways in 2017 and according to reports, they have remained estranged ever since.

In other news, being in the spotlight is not always as glamorous as it seems and Peter Okoye was recently subjected to trolling on his Twitter page.

The former member of the defunct PSquare music group was obviously appreciating his good looks when he shared a video of himself feeling cool on his Twitter page.

The singer accompanied the video with a caption where he explained that he was feeling himself.

Reekado Bank had earlier taken to Twitter to announce the release of his new song which he featured Wizkid on.

However, Wizkid was not pleased with his timing and wasted no time in slamming the Katapot singer.

Why I decided to go solo – Paul Okoye of P-Square reveals | .

Dissolution Of SARS: Dare to Struggle, Dare to Win

Our iPhone 12 thoughts so far: Camera upgrades, lidar, and that new design – Bioreports