– Since Roland lost his parents at the age of 9, he sells iron on the streets to make ends meet

Education, South African anti-apartheid revolutionist and ex-President Nelson Mandela said, is the most powerful weapon we can use to change the world. But Roland is very much handicapped and unarmed with such an important tool even though he wishes it were not so.

The young lad sells iron on the streets of Calabar to take care of his basic needs and he is just 13 years old. 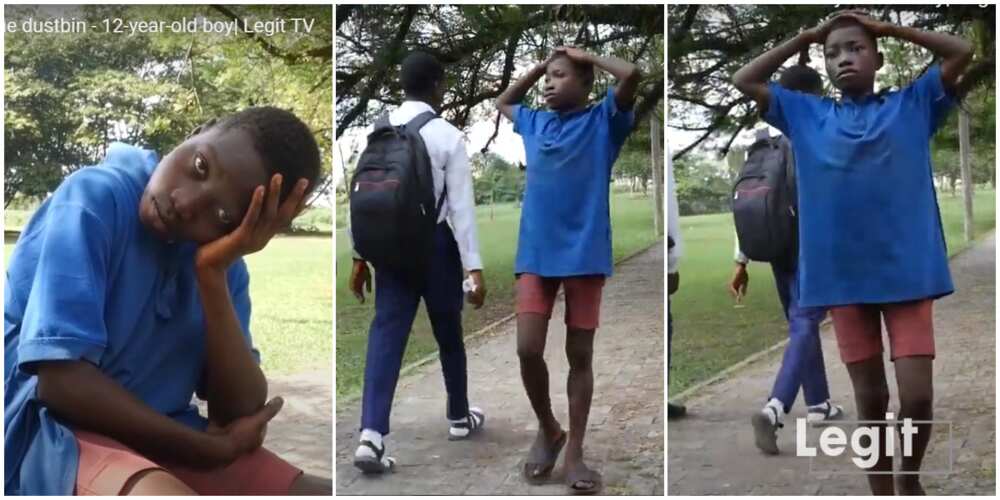 Homeless 13-year-old teen who sleeps and sells iron for a living says he wants to be a lawyer
Source: Original

In an interview with Bioreports, Roland said he had lived with his parents until their demise when he was only 7. Since then, he had fended for himself and braved the odds.

While teenagers of his age have guardians to cater to their needs, the young boy is without a helper and has roamed the streets for over 5 years.

Watch the video of Bioreports interview with the boy here:

He told Bioreports that he left where he stayed with his parents in Calabar to where he holes up now, an uncompleted building he lays his head after the work of the day.

When Bioreports visited the said place he lays his head each night, it wasn’t a place good for a child of his age. Aside from that, it is an uncompleted building; there is no lighting, basic home facilities or even a bed. There is also no form of security where he sleeps.

But for a nylon-like material, he literally would have been sleeping on the bare floor. He uses a mosquito net as a covering.

The promising lad desires to go to school to pursue his dreams of being a lawyer, as this is his prayer each night he goes to bed.

Meanwhile, Bioreports had earlier reported about a young boy named Celestine Nwafor who pushes wheelbarrows on the streets of Abuja.

His industrious efforts have attracted support from a good governance advocate and humanitarian who happens to be the daughter of former Vice President of Nigeria, Atiku Abubakar.

Young man buys first car at 22, Nigerian react, tell him it's not about age (photos)