Tell a youth you want to become president, he will laugh – Yul Edochie reveals the major problem of Nigerian youths

– Nigerian singer, Naira Marley, is one of the numerous people that have refused to accept the former group P-square as individuals

– In a reply to Davido, the rapper said that he did not recognize peter or paul

Contoversian Nigerian singer, Azeez Fashola, professionally known as Naira Marley has expressed displeasure over the split of the former duo P-square, who were now known as Rudeboy and Mr P.

In a post which he shared on his Twitter page, the rapper said that he did not recognize the brothers individually as peter and paul. 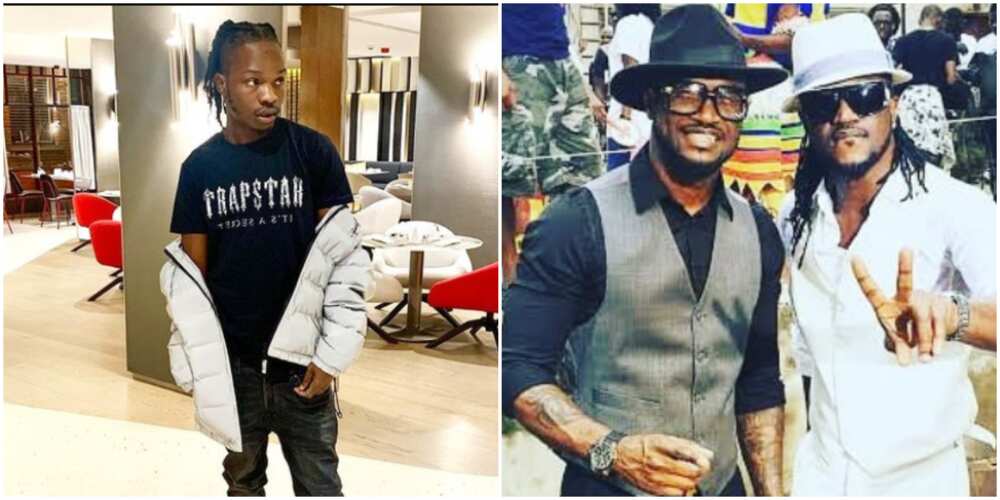 His statement was a reply to fellow artiste Davido who slammed some people in the entertainment industry for attending separate birthday parties of the brothers.

“I still don’t know who Paul or peter is. Na psquare I know.”

Nigerians took to the comment section to express their views about the rapper’s revelation.

Omotayo asked Naira Marley if he did not know Rudeboy or Mr P.

Ayodeji said that Mr P and Rudeboy were upcoming artistes, unlike the legendary P-square.

Demmy suggested that colleagues of the brothers should arrange a way to settle their differences for them.

Black Panther stated that he wanted the money he used to purchase their CDs as a fan back.

Meanwhile, Bioreports earlier reported that Naira Marley urged ladies to make their own money in other to avoid sleeping with men.

The rapper recently had some important words of advice for his female followers on social media.

According to the Soapy crooner, ladies making their own money would prevent them from getting involved in unnecessary intimate sessions with men all in the bid to get rewarded with cash.

What Naira Marley and Zlatan Ibile taught me – CandyBleakz | Bioreports

One killed, four buildings raised down, by suspected cultists in Delta