I said yes to my best friend: Actress Khadijat Ayoade gets engaged (videos)

See Every Star at the 2020 Macy’s Thanksgiving Day Parade

– Nollywood actress, Khadijat Ayoade, is getting set to walk down the aisle

Nigerian actress, Khadijat Ayoade, is now off the market as she recently got engaged to the love of her life.

The movie star took to her official Instagram page to share the good news with fans as she showed off her engagement ring.

The obviously excited film maker said that it was a good time to be alive as she also admitted that she was not a public display of affection kind of person. 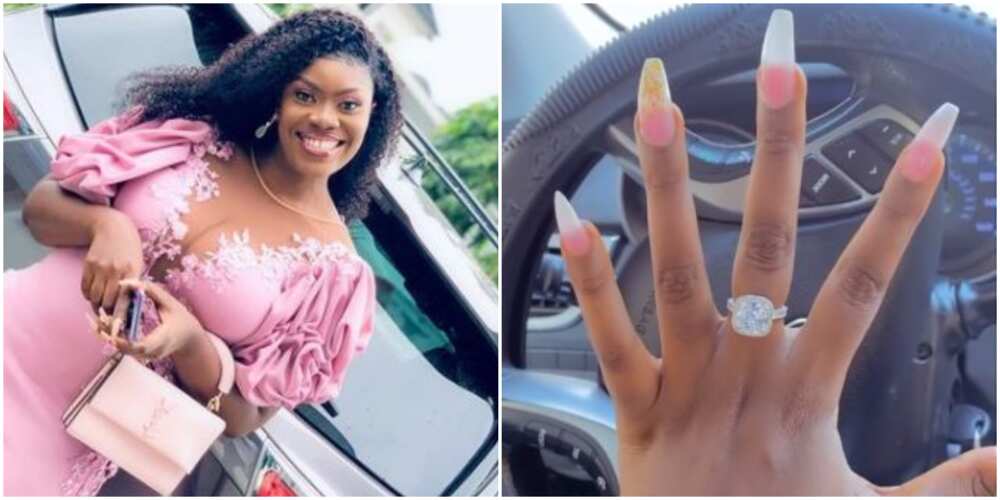 She however admitted that she was a great fan of love and that she is an emotional teddy bear when it comes to relationships.

Explaining further, Khadijat opened up to her man that she was not promising that the journey would always be easy but that it was all going to be worth it.

“What a good time to be alive!

I am not much of a PDA person but dam*n! I Love LOVE! I am a big emotional teddy bear when it comes to relationships.

I said YES to my best friend. I can’t keep this one to myself alone!”

See another video of the bride to be flaunting her ring below:

Nice one. Congrats to her.

Taking to social media, Joke Silva announced to fans that she and her husband were celebrating their anniversary.

She shared a photo on her Instagram page of herself and her husband posing for the camera and she accompanied it with a caption where she thanked God for their union.

I love Davido but he’s not my favourite, singer Emma Nyra tells followers

I love Davido but he's not my favourite, singer Emma Nyra tells followers