I said yes: Kodak Black’s girlfriend flaunts diamond ring as she gets engaged to rapper

Coming 2 America, TIME Next 100 and 4 other times Davido made mark internationally

Rapper Kodak Black is now off the market as he recently asked his girlfriend Mellow Rackz to be his wife in a beautiful proposal.

In a video shared by Rackz on her Instagram story, the 23-year-old rapper had an aircraft in the sky with a message asking his beautiful woman to be his wife.

“Might as well marry me Melody. I love u.”

Rackz excitedly noted that she said yes to the rapper’s question. 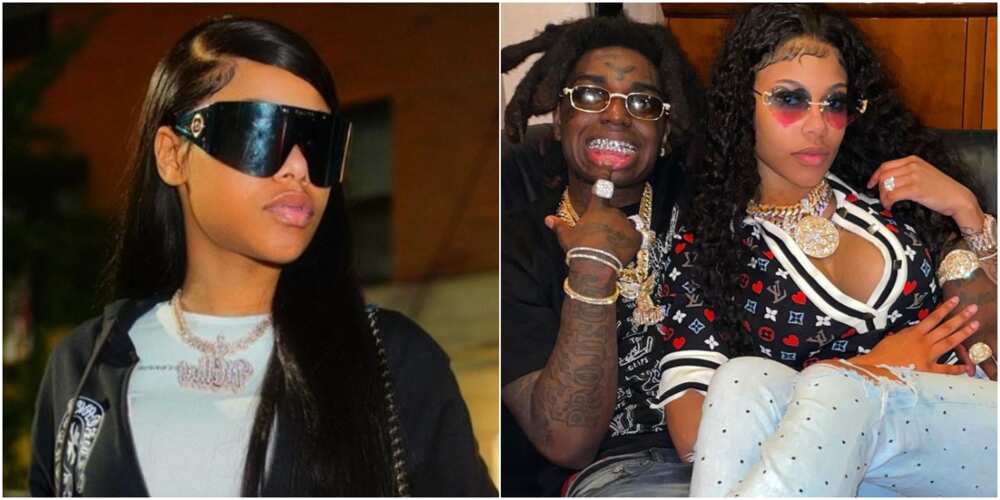 In another video, an excited Rackz showed off her sparkling diamond ring as she sang with her man on a dock.

Watch the cute video below:

The young woman also took to her Instagram page to share photos of her and the rapper making out on a couch.

In the caption that accompanied the post, Rackz described herself as Mrs Kapri, reiterating that she said yes.

Followers of Mellow Rackz took to her comment section to congratulate her.

“You better treat him right mrs.kapri.”

In other news, Bioreports earlier reported that Davido’ s PA Santus Gee got engaged to his lover.

In a video shared by Santus on his Instagram page, he was seen asking his lady identified as Jennifer to marry him.

In the clip, he got down on his knee in front of the smiling lady and asked her to be his wife while his friends captured the special moment.

In the caption of the post, the newly engaged Santus explained that he had waited his whole life to get married to the most loyal girlfriend and he was excited that she accepted his proposal.

Facts Behind Kidnapping Surge In Osun