– Nigerian billionaire daughter and music star, DJ Cuppy, has finally opened up on what went wrong in her last relationship

Nigerian music star, Florence Otedola aka DJ Cuppy, has finally admitted that she was the cause of the end of her relationship with ex-boyfriend, Asa Asika.

The young lady revealed this after she gave fans on Twitter an opportunity to ask her questions on things they wanted to know about her.

A fan had asked the singer about her boyfriend and she replied by confirming her single status. 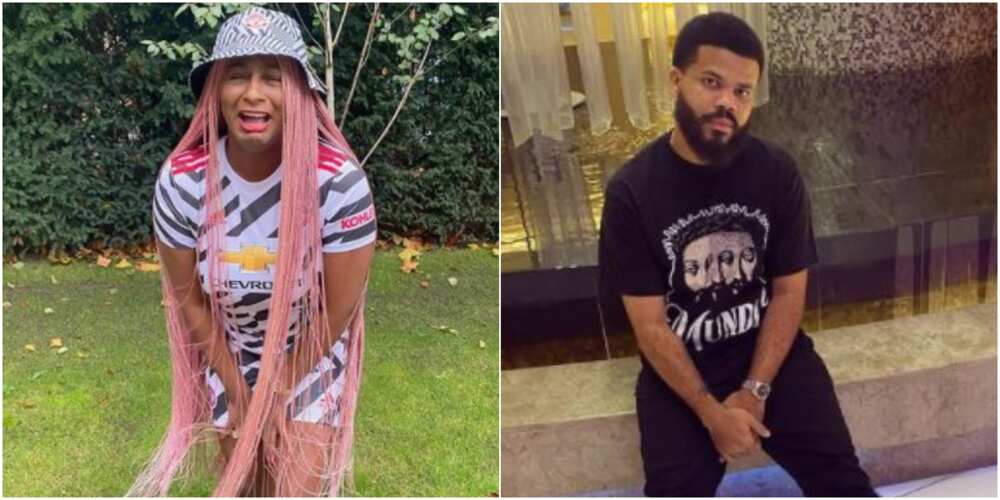 Another curious fan then asked the singer what the name of her ex-boyfriend was and why they broke up.

To that, Cuppy responded that his name is Asa Asika and that they broke up because she messed things up.

See their exchange below:

There was a time in the entertainment industry when Cuppy and Asa’s relationship was the envy of others. The music star’s relationship with Davido’s manager had many people wishing to be like them.

Bioreports had earlier reported that Asika opened up on how he and Cuppy met.

The music manager who engaged in a question and answer session with his fans on Instagram was confronted with the question of how they started dating.

“My best friend linked us up for something else years ago.”

In more recent news, Bioreports reported that DJ Cuppy’s billionaire father, Femi Otedola, had an interesting prayer point for the music star on her birthday.

In his prayer, the businessman asked the Lord to grant his daughter strength against disobeying her parents.