I love my father but I’ll never forgive him – Man calls out dad for naming him Martha, social media reacts

– This must have been the reason why a young man with the Twitter handle @arthyy_m was named Martha, which is a female name

A man with the Twitter handle @arthyy_m has taken to social media to express his displeasure over the name his father gave him, jokingly saying he would never forgive him.

@arthyy_m was Christened Martha, which is a female name. Expressing his displeasure over the name, the young man wrote:

“I love my dad but I’ll never forgive him for naming me Martha. Like I get it you loved your mom but I’m a boy dude??” 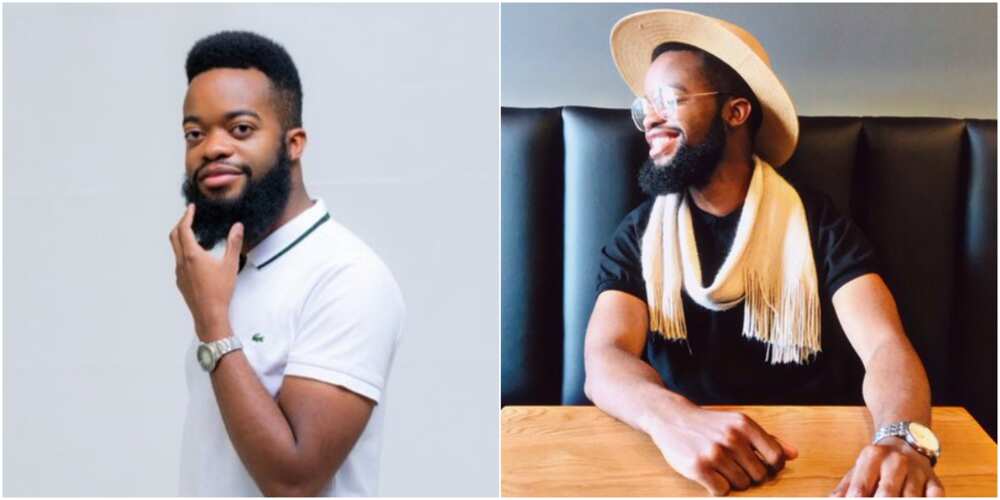 Martha has expressed displeasure over the name his father gave him.
Photo credit: @arthyy_m
Source: Twitter

“You sure mans didn’t want a girl but got you instead?”

“My ex colleague is Solomon and she’s asked her parents why they did this to her and they laugh.”

“Bro did you know that you can walk into any Home affairs offices of your choice and change your name any day you like…!!!! Because w*f bro!”

In other news, a Nigerian father, Felix Obazee, the CEO of Fionet Security Services, has said that in order to give his child, Uyiogosa, quality parenting, he had to make him work in his company.

While sharing his post on LinkedIn, the man posted photos of his child dressed in the company’s security uniform.

In the post, he posed rhetorical questions, asking people if they would choose to teach their children their business or shield them with the flimsy talk that they do not want them to suffer.

Grateful son replaces dad’s old vehicle, buys him a new one to make father happy, many praise the son (photos)

Grateful son replaces dad's old vehicle, buys him a new one to make father happy, many praise the son (photos)