I love Davido but he’s not my favourite, singer Emma Nyra tells followers

– Emma noted that Wizkid, Tekno and Wande Coal are her most-loved singers

– Nigerians have reacted to her recent revelation

Nigerian singer Emma Nyra recently took to her official Twitter page to reveal who are favourites singers are.

In a simple tweet, Emma stated that her favourite musicians were Tekno, Wande Coal, and Wizkid.

The singer went on to ask her followers if they have any questions for her.

A follower called Joshua Chukwuebuka replied Emma and said that there is trouble for whoever does not like Davido.

In response to Joshua’s statement, Emma noted that she loves Davido but the father of three is not one of her favourites.

Meanwhile, a peek into the Instagram page of Emma Nyra, a video of her encouraging her fans to buy Davido’s music tickets while she was seated with the singer. 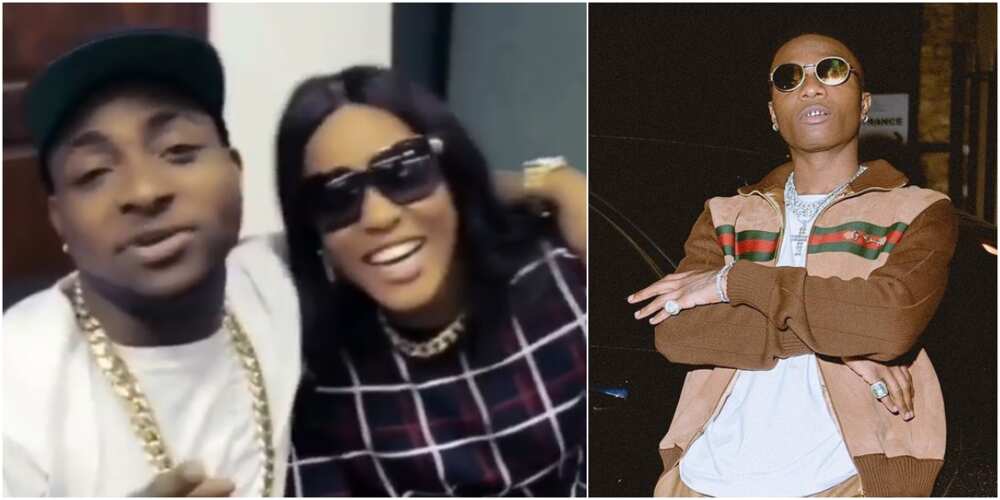 Her recent statement, however, came as a surprise to some people who have seen the singers together.

As expected, Nigerians reacted to her statement.

The journalist told Nigerians to never compare the FEM crooner and Wizkid.

According to her, they have different styles of living. Kemi stated that the Ojuelegba singer and Davido sing different kinds of songs and they have a different mentality.

She then noted that, unlike Davido, the No Stress singer would not expose his children online while buying million-dollar jewelry.

I said yes to my best friend: Actress Khadijat Ayoade gets engaged (videos)