I heard a voice saying ‘this is my husband! – Beautiful love story of actor Williams Uchemba and Brunella Oscar

How TV Shows Have Handled the Pandemic: The Good, the Bad, and the Not at All

– Actor and humanitarian, Williams Uchemba recently got married to his girlfriend, Brunella Oscar

Congratulatory messages have been pouring in for actor Williams Uchemba and Brunella Oscar following their traditional wedding ceremony.

Not so many people knew who the actor was dating until he announced his engagement a week ago.

Well, Brunella recently shared some interesting new details about how they met and eventually fell in love. 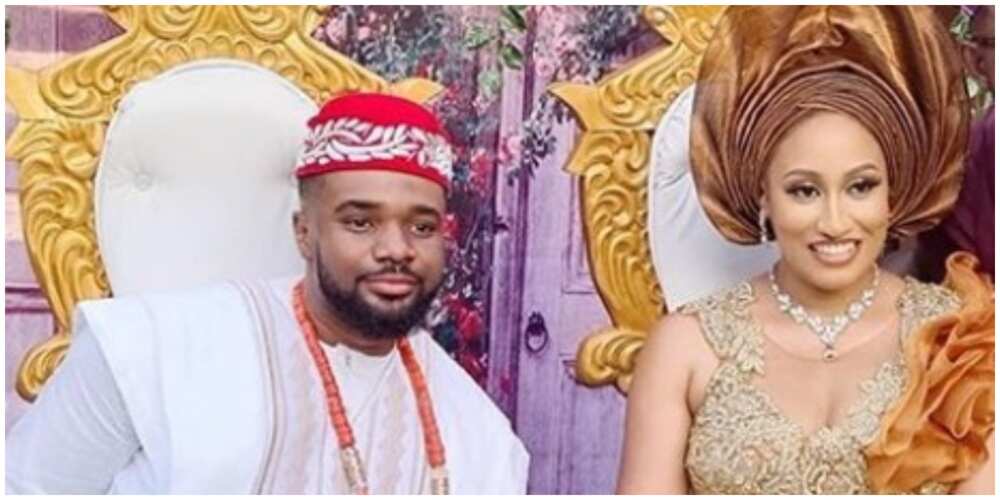 The physician who spoke with Wedding Digest Bioreports revealed she stumbled on a video of Williams preaching the gospel on Facebook in 2017 and she immediately knew he was meant to be her husband.

“The video was about 15 mins long but 30 seconds into the video I heard a voice saying ‘This is my husband!’ I had no idea who this guy was, never even heard of his name before but I felt the urge to message him on FB messenger just to encourage him to do more and never give up on his passion.

“I immediately clicked on his name, noticed it was a “fan page” but didn’t think too much of it because I thought that maybe he was a motivational speaker of some sorts. So I messaged him but I was not expecting a reply. At the time I had just started my MSc. Degree 2 months ago and I vividly remember going to uni the next day all happy and smiling, telling all my friends that I had met my husband the night before. My friends can bear me witness because they thought I was crazy when I narrated the circumstance surrounding my statement (bearing in mind I hadn’t got a reply yet!).”

A day later, she got a response from the actor and they eventually exchanged contacts.

Brunella stated that they got talking and clicked immediately. They eventually met up in New York and knew they were each other’s missing rib.

“We clicked instantly and I didn’t want to scare him off by saying ‘oh by the way the Holy Spirit told me you’re my husband’. I just let the friendship grow naturally and patiently waited for God to reveal that to him Himself.”

Recall earlier, Bioreports reported on how the couple got married on Sunday, November 15.

Several videos and photos from the traditional wedding ceremony have since surfaced online and Brunella unarguably made a beautiful bride.

This is inhumane! BBNaija’s Frodd cries out as unknown men vandalize his car (video)

This is inhumane! BBNaija's Frodd cries out as unknown men vandalize his car (video)