– The police have arrested a notorious pickpocket in Lagos state

– In fact, the criminal confessed that he has stolen 240 phones from commuters within a year and few months

– According to him, he learnt the pickpocket business withing 15 days

A 27-year-old self-confessed pick pocket, has disclosed that he had stolen 240 mobile telephones from commuters in Lagos, since he started operation one year and two months ago.

The pickpocket, Ayomide Sikiru, 27, a resident of Akala, Mushin, was arrested around 10:00 p.m on Sunday, after he successfully picked a Tecno Camon 12 from the hand bag of an elderly woman when she was trying to board a commercial bus to Ojodu-Berger, Lagos.

Sikiru, who disclosed that it took him 15 days to learn the criminal act, revealed that he operated between Thursdays and Saturdays only. 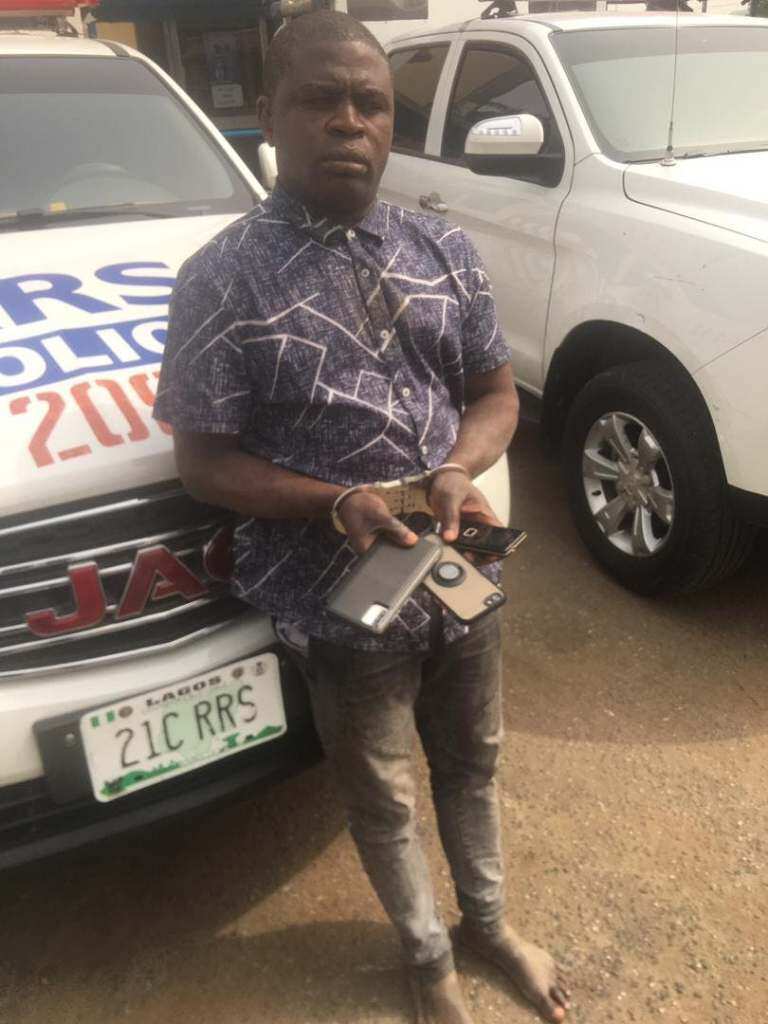 A pickpocket has confessed that he has stolen 240 phones from commuters in 14 months. Photo: bioreports
.

Luck however ran against him after he was confronted by the owner of the phone .

He was reportedly searched only to recover the phone and another iphone 7, also discovered to have earlier been snatched, inside his bag.

During interrogation, he said: “ I live in Akala, Mushin. I don’t use charm. Someone taught me how to pickpocket. I followed him out for 15 days and watched how he did it until I became perfect. I only operated at night, sometimes when passengers were sleeping inside the bus or rushing to board a commercial bus. I have so far stolen 240 phones. I sell them to ready buyers”.

In another development, President Muhammadu Buhari has been asked to appoint a new inspector-general for the Nigeria Police Force (NPF).

The demand was contained in a communique issued by the governors elected on the platform of Peoples Democratic Party (PDP).

During their virtual meeting on Wednesday, February 17, the PDP governors maintained that appointment of the new police boss will be a huge stride in tackling the security crisis and crimes.

Bioreports recalls that President Buhari refused to name a new police IG after the tenure of the incumbent head of the force, Mohammed Adamu, ended.

He, however, extended IGP Adamu’s tenure by three months in what led to a ripple of controversy with the president dragged to the court over the constitutionality of the action by the Nigerian Bar Association (NBA).