– According to the old man, God is the provider of good health and he constantly prays to Him to ensure he is safe and sound

A 69-year-old Ghanaian man has revealed that he has never been sick in his entire life or even visited a medical facility for any reason no matter how small.

In an exciting interview on the official YouTube channel of SV TV Africa monitored by Bioreports, the old man attributed his thriving health to the power of God.

According to him, God has the power to heal all kinds of sickness and he has been relentlessly prayerful to the Almighty in his entire life.

The man further indicated that he has been a prophet and a leader of a church where there was hardly any case of a member falling ill. He said:

“As a prophet, your job is not to declare people witches or prophesy about evil things but to show your people how to live life fruitfully and overcome all sorts of diseases.”

When asked about why he did not put on nose mask, however, the 69-year-old indicated that he wears it sometimes but not to protect himself from the novel coronavirus.

“This nose mask cannot protect me. How can it protect me? It is God who protects me. I only wear it occasionally because the president says we should, and I want to set a good example for young people who look up to me”. 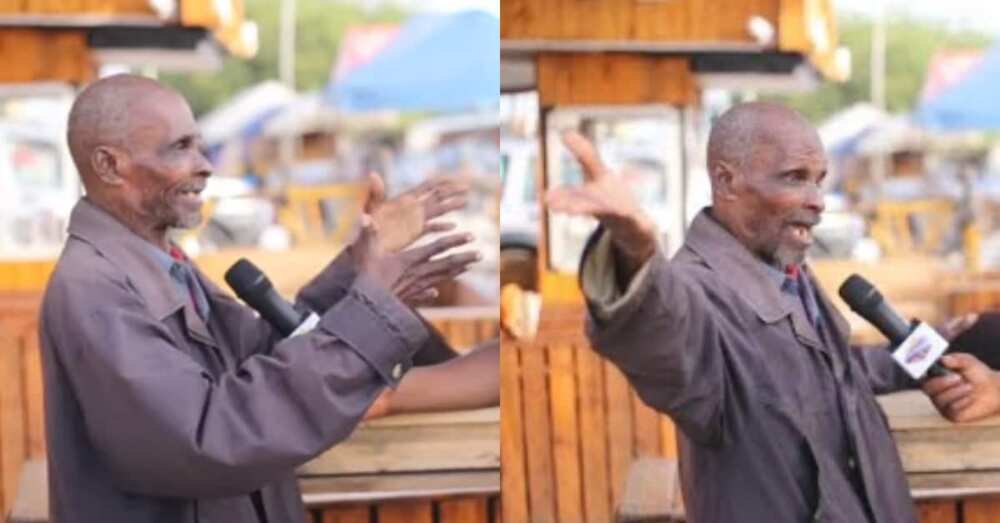 I have never been sick or visited the hospital in my life – 69-year-old Ghanaian in video
Source: YouTube, SV TV Africa
.

Meanwhile, Bioreports earlier reported that an elderly lady who clearly loves showing off her stunningness became an internet sensation after she was recorded breaking it down while wearing what others may consider very revealing clothing.

In the clip that was uploaded by @AFlyBlackLeftie on Twitter, the old lady is seen wearing a very short pair of shorts that reveals a large tattoo on her thigh. She is also wearing a tight pink crop-top and some white sneakers to complete the look.