I have done it already, Funke Akindele tells man who prophesied death for her if she does surgery

Superstore To End After Season 6

Nollywood actress Funke Akindele-Bello has fearlessly responded to a follower who gave her a prophecy on social media.

The follower called John Omoarkhe took to Twitter to tell the actress what the Lord told him about her. According to him, the Lord said she should not go for any surgery as she will not make it.

Quoting some bible passages, John told the mother of two boys that obedience is better than sacrifice. 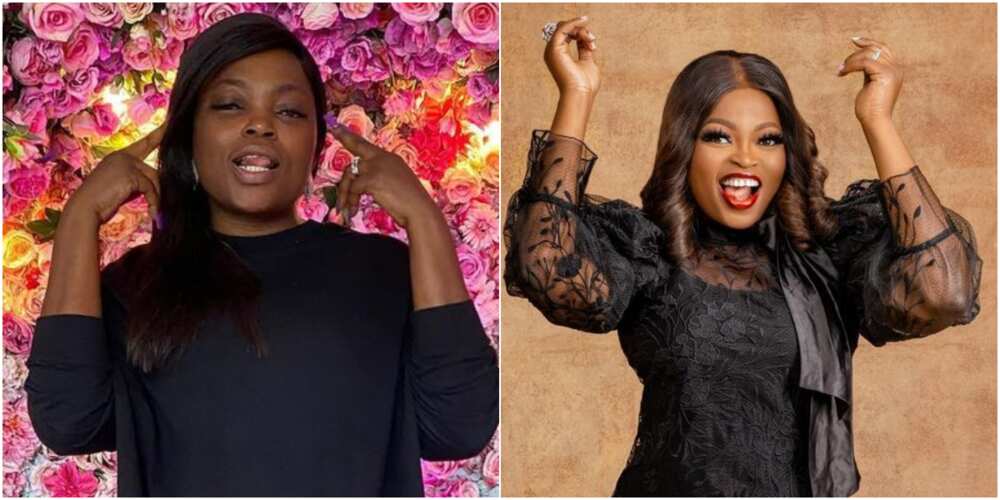 Funke Akindele replies to a man who prophesied to her not to do surgery.
Photo: @funkejenifaakindele
Source: Instagram

John tweeted at the film star:

“@funkeakindele. Good morning ma. Jesus loves u. Please don’t be offended for I have a message for you. Do not undergo any surgery for the Lord said you will not make it. To obey is better than sacrifice 1sam 15v22 and Jer 7v23. God bless you as you obey. Thanks”

Surprisingly, the film star responded to her follower’s tweet. Funke told John that she has done the surgery already.

After the actress’ response to his prophecy, John deleted his tweet.

The film star celebrated her special day with a little twist. Rather than go down the usual route of looking all prim and proper in the photos, Akindele, opted for the more gangster look.

In one of the photos, the mother of two was seen rocking a pair of ripped black jeans, animal skin shoes, a fanny pack and close-cropped hair dyed gold.

In the second photo, she wore denim dungarees and a denim jacket, boots, and a small bag. In the caption of the post, the actress also hailed herself in a gangster manner.