After 20 difficult weeks of undergoing chemotheraphy a lady now has victory after being certified cancer free.

Cancer, a genetic disease, has been responsible for claiming many lives with still no internationally recognized cure at the moment, and its patients having chemotheraphy as a lifeline.

The Blackwood resident in the United Kingdom couldn’t contain her joy as she took to social media to celebrate her ‘hard-fought’ victory. 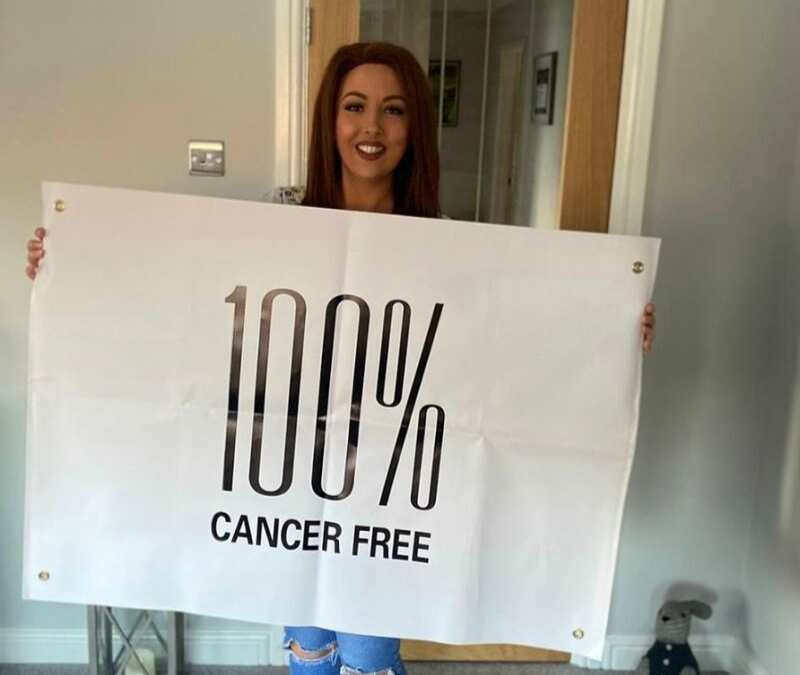 According to her, in the post she shared on her Linkedln page seen by Bioreports, she said she dealt with the disease and gave it a kick on its behind.

She was also full of praises for her employer, STG Aerospace, who stood with her and supported her immensely all through the gruelling journey that meant she had to stay off work.

“I’ve been quiet on here for a while as I’ve been off work battling cancer & my employer has been nothing but supportive! ❤️ Thank you STG Aerospace.

“However, after 5 gruelling months of life changing chemotherapy and a lot of mental milestones to overcome.. I can proudly say that I am now cancer free and I kicked (its behind)!!”

The lady who works as a sales coordinator however said she will continue going for scans all through the year to ensure she remains free of the disease.

“A long way to go in remission with a year of scans to make sure I remain ‘free’ but I did it & am returning to work slowly this week!”

Meanwhile, Bioreports earlier reported how a Nigerian man who survived cancer shared how he did it.

According to Nosy Ude, September 2018, after having 5 surgeries and a biopsy, he was told that he had tumour in his lymph nodes. For a while, he chose to believe that the tumor was harmless and not cancerous. But upon contacting doctors, he was told he needed to undergo radiation and chemotherapy.