Aribo: Is Rangers midfielder due a big move in 2021?

Manchester City have denied approaching Lionel Messi for a summer move to the Etihad at the end of the season, Sky Sports reports.

A spokesperson from the Etihad claims that no offers have been made to the 33-year-old who seems likely to leave Barca in the summer. 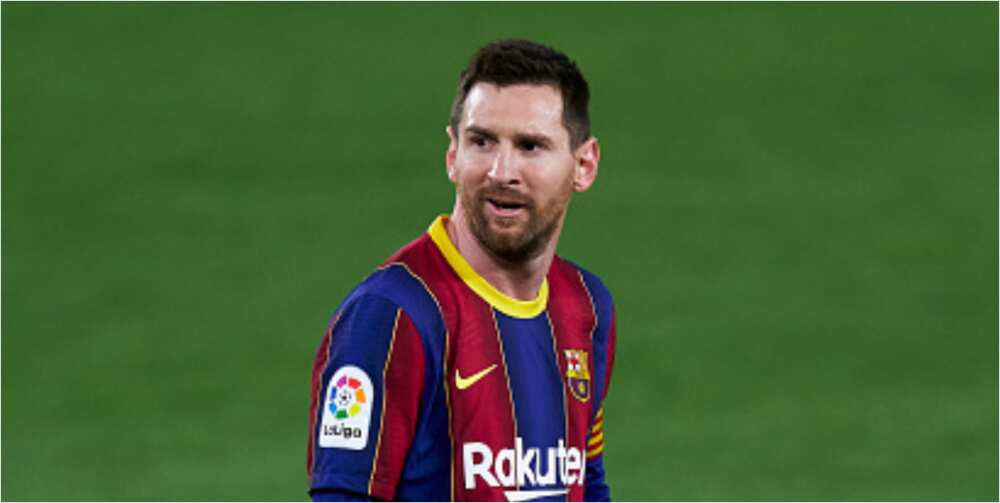 The Citizens have been the frontrunners for the Argentine superstar after asking to leave La Blaugrana last summer.

And with the way things are going there is little or no chance that Messi would extend his deal with the Catalan club.

Barca are currently in third position in La Liga nine points behind league leaders Atletico Madrid and three after rivals Real Madrid but have a game at hand to level up.

In the Cop del Rey, Messi and co will need to overturn a 2-0 first leg semi-final loss to Sevilla in a difficult return leg match at the Camp Nou.

Their Champions League campaign is also in serious doubt as PSG established a 4-1 win in the first leg at Barca’s backyard.

This means that Messi would possibly not win a trophy for his second season as captain of the club.

And one of football’s greats could finally end his almost 20-year spell with Barcelona if they do not win a silverware this season.

Meanwhile, Bioreports had earlier reported that Lionel Messi helped Barcelona to a 5-1 win over Deportivo Alaves at the Camp Nou as the Argentine equalled Cristiano Ronaldo 573 goals in open play.

The Juventus striker might be the highest goalscorer in the history of football but Messi’s brace against the visiting side matched the Portuguese’s feat.

The 33-year-old produced a five-star performance and he was also instrumental when he came in as a substitute in Barca’s 3-2 win over Real Betis.