– A doctor in Saudi Arabia, Mahdi al-Emari, has died in the same room he was due to perform surgery on a patient

– Following his death, Majid Al Shehri, his superior praised him as a selfless person who died while helping others

A doctor in Saudi Arabia, Mahdi al-Emari, has died in a hospital operating room as he was set to perform an orthopaedic procedure.

BBC reports that the man had a heart attack and died on Friday, November 21 at the Khamis Mushait Civil Hospital.

Before the operation, Mahdi’s colleagues who noticed he was sick advised him to get tested for heart-related issues. 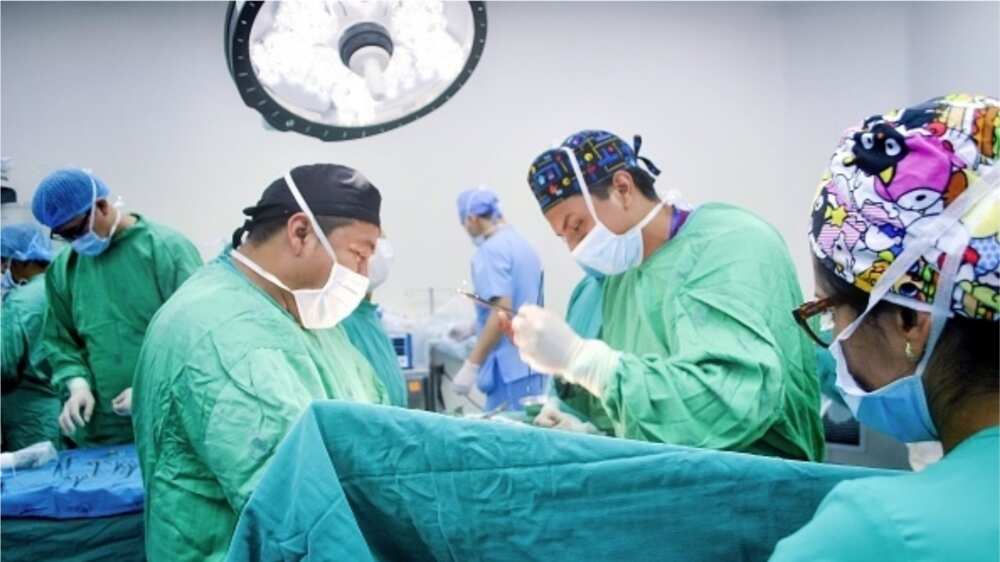 This is just an illustrative photo and does not represent the deceased doctor.
Photo source: Serhii Hudak
Source: Getty Images

The head of the orthopaedic department at the hospital Dr Majid Al Shehri said:

“When Emari was present to perform a surgery for one of his patients, we noticed signs of fatigue on him and he suffered from pains in his stomach.”

Majid said that the doctor did not want to get himself examined as he insisted that he was fit enough to carry out the surgery on the patient.

The head of the department described the deceased as a martyr who died while performing his work.

Meanwhile, Bioreports earlier reported that Dr Val, a Nigerian surgeon who treated wounded protesters during the EndSARS protest, lost his life to the deadly coronavirus.

It was gathered that the young Nigerian man aspired to be a great surgeon but death cut-short his life.

He had vowed to train himself as an athlete and perform surgery effortlessly in a short period of time.

A Twitter user with the handle @Comradextian1 shared the news of Dr Val’s death and a video of the latter attending to a wounded protester on the social media site.

In other news, a Nigerian woman in the US, Folashade has every reason to rejoice after she gave birth to twins at a time she was not expecting it at all.

On the day before she gave birth, the Nigerian had only gone to the hospital to carry out a routine check only to find out she was 37 weeks gone.