– Fulham and West Ham United were among the biggest gainers from match-week 25, with their respective wins affording them a favourable place on the standings

Premier League match-week 25 saw leaders Man City cement their lead atop the standings, thanks to their win against Arsenal at the Emirates on Sunday, February 21. 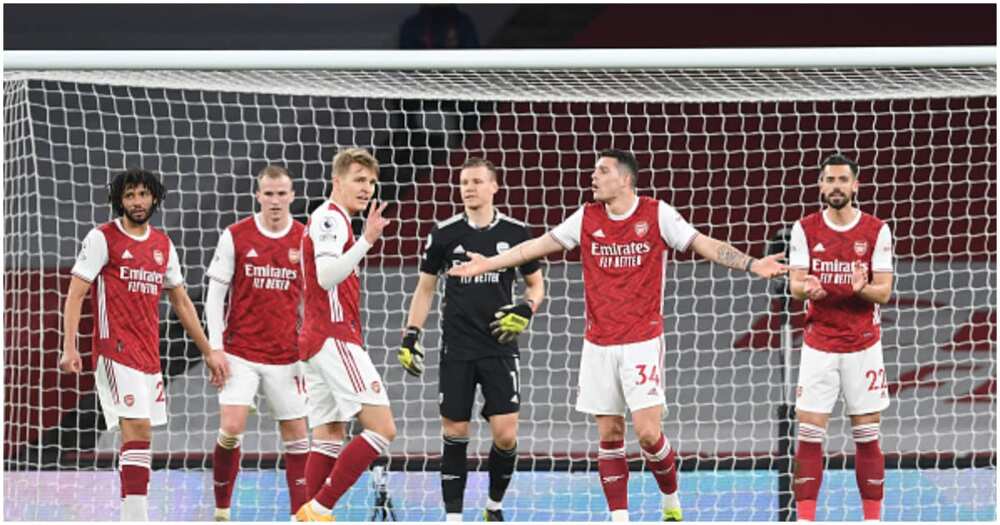 Arsenal and Tottenham Hotspur remained rooted in the midtable after the two London sides suffered defeats in their own fixtures this weekend. Photo by Stuart MacFarlane.
Source: Getty Images

The three points away from home saw Pep Guardiola’s men maintain their 10-point lead at 59 points over their closest challengers for the title, Man United.

Inside Mike Tyson’s incredible 52-room mansion he sold to rapper 50 Cent for £3.3m

United edged helpless Newcastle 3-1 at Old Trafford in their own fixture to reclaim their second place on the log and are now on level on points with Leicester City who beat Aston Villa 2-1 at Villa Park.

The Red Devils’ goals were scored by Marcus Rashford, Dan James and Bruno Fernandes who converted from the spot to guide his side to a comprehensive victory.

West Ham United complete the top four slots with 45 points, two above fifth-placed Chelsea who were held to a disappointing 1-1 draw at Southampton on Saturday, February 20.

The Blues, who are still unbeaten under Thomas Tuchel failed to cart home all the three points, with the draw momentarily taking them to fourth on the standings before they relinquished the position to West Ham who stunned Tottenham Hotspur 2-1 at London Stadium.

Spurs defeat dented their hopes of sealing a European football slot as they now sit ninth with 36 points, two above rivals Arsenal who are 10th.

Liverpool are placed sixth on the log with just 40 points, three points behind Chelsea following their defeat to Everton in the Merseyside derby.

Among the three, Fulham have the best chance of survival as there are only three points separating them in 18th and 17th-placed Newcastle.

The Cottagers stunned fellow relegation battlers Sheffield 1-0 at home to increase their chances of survival.

Meanwhile, Bioreports had earlier reported that Jose Mourinho still believes he is the best coach in the world despite losing to David Moyes’ West Ham over the weekend, Sport Bible.