The Court of Appeal has dismissed a suit challenging Rotimi Akeredolu’s candidacy as the valid governorship candidate of the All Progressives Congress (APC) in the October 2020 election in the state.

Premium Times reported that the judgment was delivered by the court in Abuja on Friday, February 19 by a three-man panel of the appellate court. 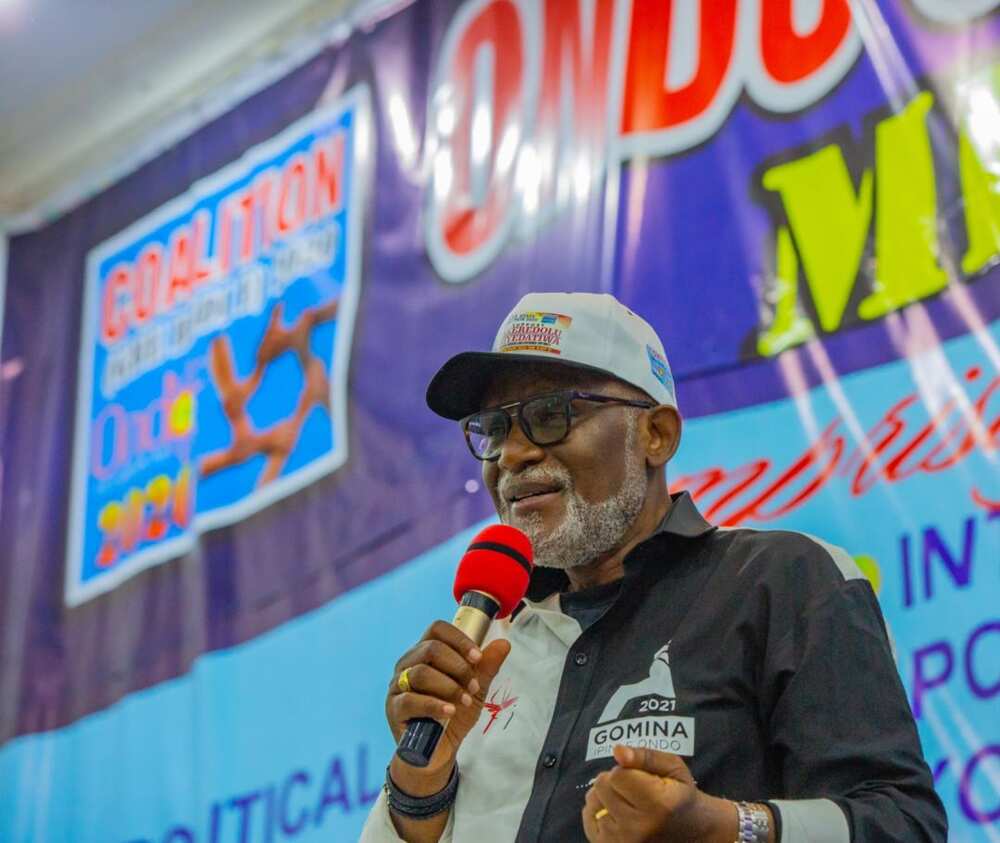 Akeredolu is to be inaugurated as the governor for the second term in office on February 24.
Photo: Rotimi Akeredolu Aketi
Source: Facebook

According to the report, the panel unanimously dismissed the appeal filed by an APC governorship aspirant in the state, Nath Adojutelegan for lacking in merit.

”The appeal is hereby dismissed. I make no order as to cost.”

Adojutelegan’s lawyer, Isaac Aderogba, said he after he reviews the copy of the judgment, a decision will be taken on whether or not to appeal to the Supreme Court.

The Federal High Court had earlier on December 16, 2020 dismissed the suit filed by the APC governorship aspirant before he appealed to the Court of Appeal.

In another news, Rotimi Akeredolu has urged President Muhammadu Buhari to openly condemn acts of violence by criminal herdsmen.

According to The Nation, Akeredolu made the statement on Monday, February 15, during an interview on Channels TV.

The governor asked security agencies to do their best in preventing criminality by erring herdsmen.

Meanwhile, the Ondo state governor has knocked his Bauchi state counterpart, Senator Bala Mohammed, over his comments supporting herders carrying AK-47 for self defence against cattle rustlers and other threats.

In a report by Nigerian Tribune, Akeredolu expressed disappointment over the Bauchi governor’s statement describing Mohammed as an anarchist who is unfit for public office.

The Ondo state governor speaking through his commissioner for information and orientation, Donald Ojogo, explained that it was shocking and disappointing for the Bauchi governor to make such a statement as Nigeria’s constitution remains unchanged.