– Hollywood actor, Idris Elba, made the revelation during a radio interview on Captial FM

– Elba said he has a song with the Nigerian superstar and US rapper, Megan Thee Stallion

Top Nigerian singer Davido has a number of international music collaboration to his credit but it appears the DMW boss and his team members are not resting on their oars. 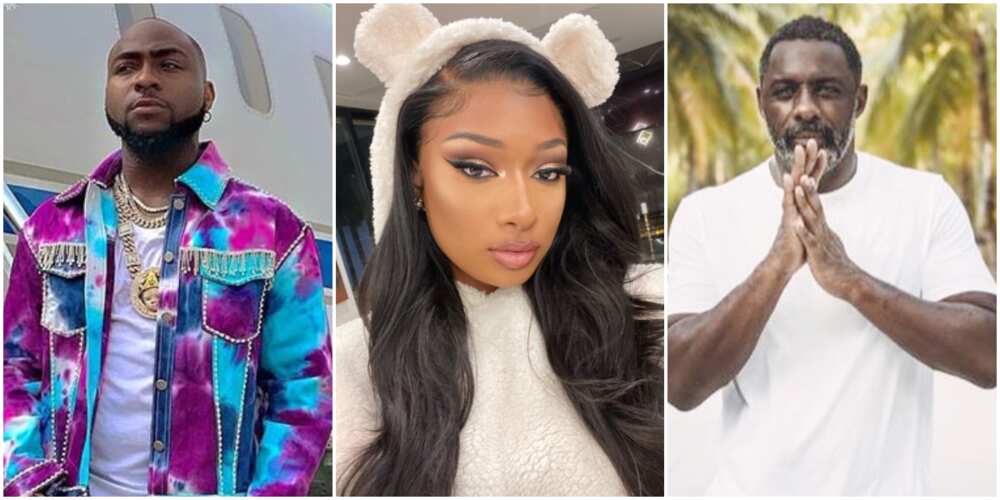 The actor was a guest on the station’s The All-New Capital Weekender show and he opened up on what he has been up to amid the coronavirus induced lockdown.

Elba who also doubles as a DJ disclosed that he has been working on putting out more music. The actor said he has a song with Davido and Megan Thee Stallion on the way.

Elba was quoted to have said:

“I’ve got a bit of a banger, I don’t want to say too much but me, Megan Thee Stallion, and Davido that’s coming. Shout out to the fanatics.”

Similarly, the actor also added that he is looking forward to collaborating with Taylor Swift in future.

“She is an incredibly hard-working person, she isn’t resting on her achievements. To perform live with her would be fun and hopefully, we can make that happen.”

Meanwhile, Bioreports previously gathered the report of a young lady identified as Oluwafumilayo Omolara Makinde who publicly applied to be Davido’s private pilot.

Makinde hoped for a favourable response as she attached her pilot school graduation certificate to the pitch.

The lady’s attempt at working for Davido stirred massive conversations about unemployment.

Fauci: We’ve done worse on Covid than most other countries