Lionel Messi’s future at Barcelona remains unclear despite having less than six months to the expiration of his current deal.

The 33-year-old tried forcing a move away from the Catalan club last summer but later made a U-turn and decided to see out his contract.

He was heavily linked with Manchester City last August but Paris Saint Germain have now joined the chase for the six-time Ballon d’Or winner. 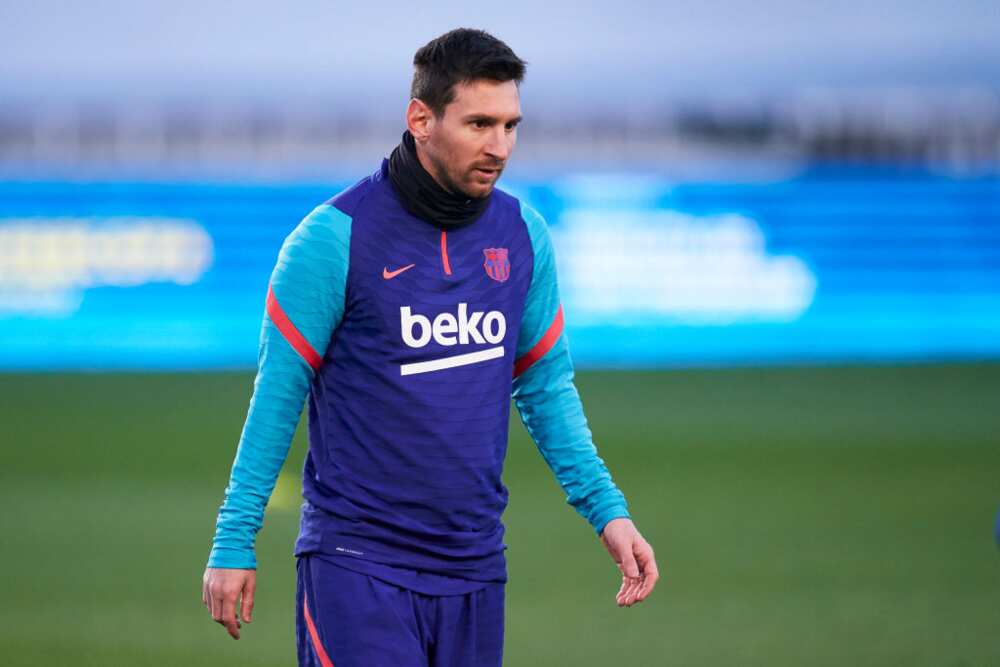 However, the Argentine will reportedly be pocketing a staggering sum of £170,000-a-week until 2025 from Barcelona – even if he leaves Camp Nou for another club.

Neymar revealed he is keen on reuniting with his fellow South American superstar and this may have given PSG a boost to pursue a move for the player.

The Catalans have been hugely hit financially by the outbreak of the coronavirus pandemic and this might make them bow to pressure from other clubs and allow Messi to leave.

SunSport also reports that Emi Rousaud, a presidential election candidate for the club, also claimed the forward’s current salary was ‘unsustainable’ and they could not afford to continue paying him that rate.

However, Marca claims Barcelona are still set to be hit in the pocket whether he goes or stays. They state Messi will bank a whopping €39million (£34.8m) at the end of the campaign.

That figure is half of the €78m bonus agreed when he last renewed his Barca contract in 2017.

He has already banked the other €39m installment, with the agreement seeing Messi receive it in eight separate payments over four years rather than a lump sum.

And that means the LaLiga giants could still be paying him in 2025 even if he is no longer there.

Bioreports earlier reported that Argentina legend Lionel Messi has edged other superstars to the World’s Best Playmaker of the decade title, with fiercest rival Cristiano Ronaldo not making the top 10.

The Portuguese star is named in 12th position according to the latest compilation by the International Federation of Football History & Statistics.

This special recognition has been on annually since 2006 but now they have taken time to give a winner over the last decade.

How Buhari’s aides damaged his image, made Nigeria a laughing stock – Lawmaker reveals