– Since their grandpa became the president of the US, they have been getting media attention

– Ivanka switched from her Christian background when she married Jared Kushner

As American President Donald Trump is seeking reelection in the US, Bioreports has compiled a report on his grandchildren to beam light on the family life of one of the world’s powerful leaders.

Arabella, Joseph, and Theodore are children of Ivanka Trump, the first daughter of Trump. She is also the official adviser of the president.

According to SCMP, Arabella is nine years, Joseph is seven, and Theodore is four.

During the lunar new year, the first granddaughter of Trump was captured on camera as she sang a popular Chinese holiday greeting song. She also played a Chinese puppet.

2. The Kushner kids were homeschooled during the lockdown

Like other children around the world, Trump’s grandkids were also all at home as Joseph and Arabella were homeschooled. Their mother made sure to document the experience. 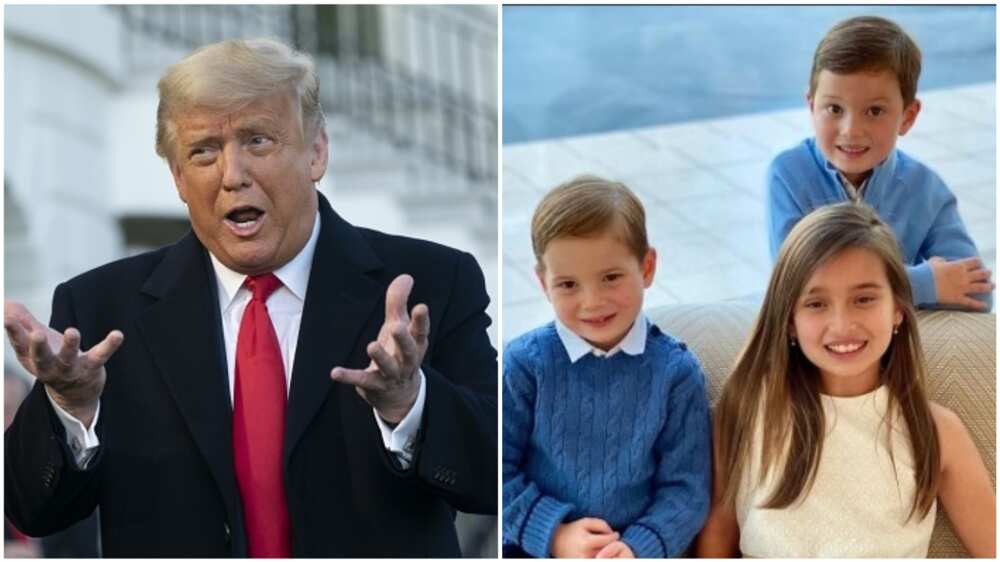 The grandchildren always practice the custom of eating noodles on their birthdays because of the Chinese belief that eating such brings long life.

It should be noted that most of his early years have been on camera as Trump’s president constantly puts him and other kids under the spotlight. His first steps were captured and watched almost 300,000 times.

Ivanka left her Christian background and converted to orthodox Judaism before she got married to her husband Jared Kushner. As a result, all her kids also adhere to the faith’s rites and customs.

Meanwhile, Bioreports earlier reported that a 102-year-old American woman, Ora Smith, who was born in 1918, went out to exercise her electoral right as she voted in South Carolina.

It was gathered that the woman was born at a time when a great influenza pandemic attacked the US and wiped out over 675,000 people.

Without fear of the current Covid-19, a second outbreak in her lifetime, the woman went out and cast her vote.