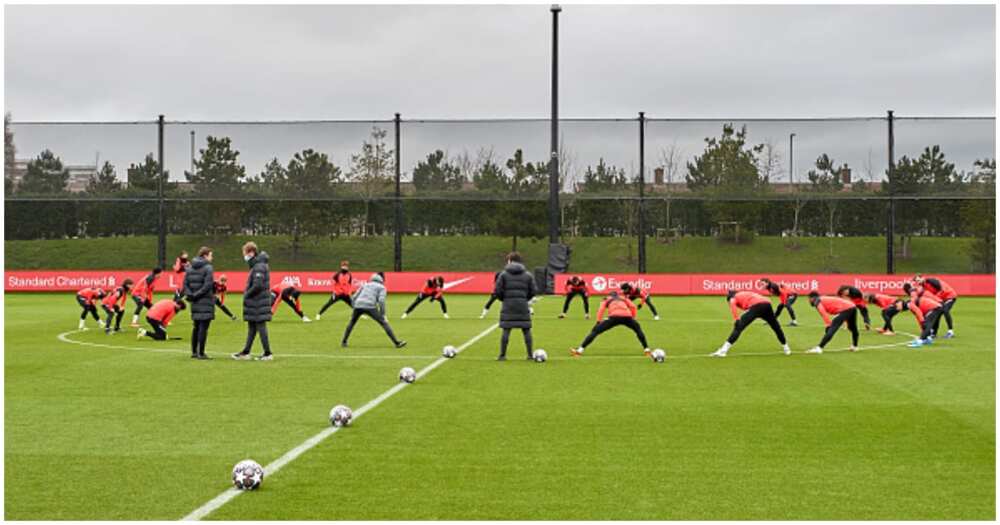 Liverpool have failed to replicate their impressive form from last season this term. Photo by Nick Taylor.
Source: Getty Images

Despite taking control of the Saturday, February 13, fixture at the King Power Stadium, the Foxes sprung a fightback to beat the reigning champions 3-1.

Mohamed Salah had scored the opener for the visitors in the 67th minute before Alisson committed two goalkeeping blunders to allow Leicester win the match.

The defeat birthed rumours of a major split within the Liverpool squad on social media, with some suggesting there was a fisticuffs between the Reds’ senior players.

It was further suggested Liverpool boss Jurgen Klopp was plotting to take a walk.

However, Henderson has come out to set the record straight, laughing off such conjecture.

“Someone’s sitting behind a keyboard making rumours about the managers or the players in the dressing room, it doesn’t really need me to say anything about it,” SunSport quoted the Liverpool ace saying.

“(They’re) Not true, though I quite liked the rumour where Robbo and Ali were having a fight about something that made us chuckle a bit, but apart from that didn’t give it much thought,” the midfielder added.

The Merseyside outfit is currently enduring a poor run of results after injuries to key players especially in defence taking a huge toll on them.

Absence of defensive duo Virgil van Dijk and Joe Gomez has seen Henderson deployed to the heart of defence, with summer arrival Thiago Alcantara taking his place in midfield.

However, despite the fanfare that surrounded the signing of Alcantara, the midfielder has not in best of his form – thereby courting criticism from a section of supporters.

However, Henderson has defended him, hailing his signing as a “fantastic addition.”

Earlier, Bioreports had reported how Liverpool star Mohammed Salah stated that the reigning Premier League kings will fight like champions until the end of the season.