– While recording a chase sequence, he had to enter a Porsche that had been shipped into the country

– After the exhilarating chase, The Rock tried stepping out of the car but as it turned out, he was stuck and could not move

– His cast-mates laughed hysterically while he sat there in shock

Former WWE wrestler Dwayne Johnson better known as The Rock is what people would refer to as the man with the bass or simply a human Hulk.

The huge actor who lifts weights on a daily ended up getting stuck in a car after filming a movie scene.

The Rock hilariously told his fans in an Instagram post seen by Bioreports that thanks to his physique, he could not step out of a sports car.

While recording a scene on Red Notice, the celebrity was asked to enter a Porsche and drive it around. 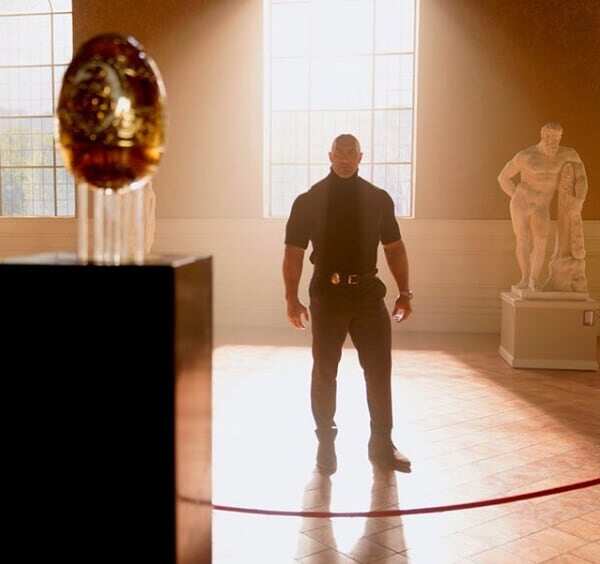 The Rock was mortified but his castmates could not hold back their laughter. Photo: The Rock
Source: Instagram

Once he was done with the chase scene, The Rock thought he could easily slip out and wrap up his day.

Even my son bagged more money than your company, Tiwa Savage slams journalist who called her a struggling brand

“Aaaaand guess who is too big to fit in yet another sports car and now we have to change the entire shot sequence around?”

Lol! Funnily enough, the former wrestler admitted that was not the first time his frame could not fit in a car.

This was just one of the many times his body betrayed him.

At first, the crew tried to stay quiet but they quickly burst into laughter after replaying the whole thing in their minds repeatedly.

A few months back, The Rock told his fans on Instagram that his wife and two daughters had also contracted COVID-19.

The actor said it was the most difficult time his family has had to endure and wished he was the only one who contracted it.

The former wrestler noted he and wife Lauren had suffered the most but the kids experienced minor symptoms.

Nigerians need to stop oppressing each other – Actor Jigan | Bioreports

THE Ethiopian government launched a manhunt yesterday for leaders of a rebellious faction in the northern region of Tigray after...

Ghana to elect president in ‘battle of two giants’

I am not concerned about my future, Arteta says after Arsenal defeat