– The German tactician has stated that Fabinho, Diogo Jota and James Milner are now injured

Reigning Premier League champions Liverpool who have been plagued by injuries this season are once again hit with triple blow.

Ahead of their Saturday’s Merseyside Derby against Everton, club manager Jurgen Klopp has confirmed that Fabinho, Diogo Jota and James Milner will not be available for selection due to injuries.

Although they managed to register a 2-0 win over RB Leipzig in the Champions League on Tuesday night, Klopp will be hoping to return to winning ways in the domestic competition.

And speaking ahead of the Everton game, the German tactician disclosed the bad news to pressmen in the pre-match interview.

He said via Mirror:

Klopp however hinted that midfielder Naby Keita who last played during their 7-0 thrashing of Crystal Palace in December has returned to training.

“Naby trained yesterday with the team so we will have to see what we make of it. He could have been in the squad against Leipzig but it didn’t make sense.

“We don’t hold him back or force him in. It would be nice to have him.” 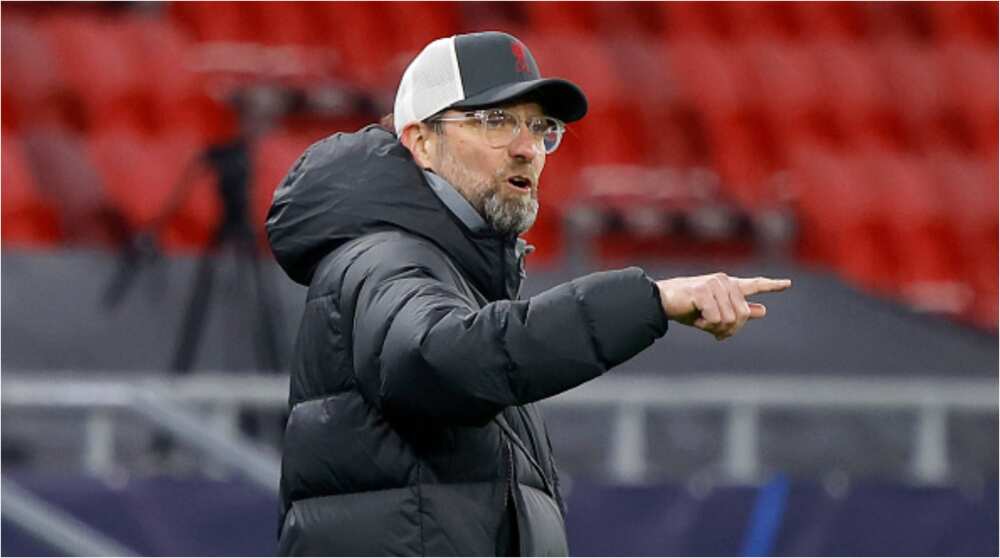 Meanwhile, Liverpool star Mohammed Salah has stated that the reigning Premier League kings will fight like champions until the end of the season.

The manager is now favoured to become the next tactician to leave the Premier League following poor results in recent matches.

However, Bioreports earlier reported that Leicester City manager Brendan Rodgers has heaped praises on Nigerian international Wilfred Ndidi saying what the midfielder gives the Foxes is quite unique.

According to Rodgers, Ndidi is one of the best players in the world in terms of ball recoveries, which was also evident during their games against Tottenham and Liverpool.

On December 20 when they took on Spurs, Ndidi recorded a high ball recovery rate with 18 and then bettered his own record with 19 ball recoveries when they defeated Liverpool last weekend.