– The bus Jane Wangui was driving in had a head-on collision with a lorry, and the impact threw her out of the bus

A Kenyan woman identified as Jane Wangui lost her legs while going for evangelism in Tanzania with some church members.

According to Gist of the Day, there was a head-on collision between the bus Jane was driving in and a lorry.

Bioreports notes that the impact of the collision sent the woman flying out of the bus through the front windscreen and she was said to have landed on a ditch.

Jane was flown to Kenya where she was booked for surgery. She was in Nairobi hospital for six weeks.

The woman’s family was affected by her accident as her daughter started having seizures and fainting at school. Jane’s firstborn son became a heavy drinker thereafter.

Jane was referred to Kikuyu Mission Hospital which specialises in bone treatment when her stay at the first hospital became an expensive affair. 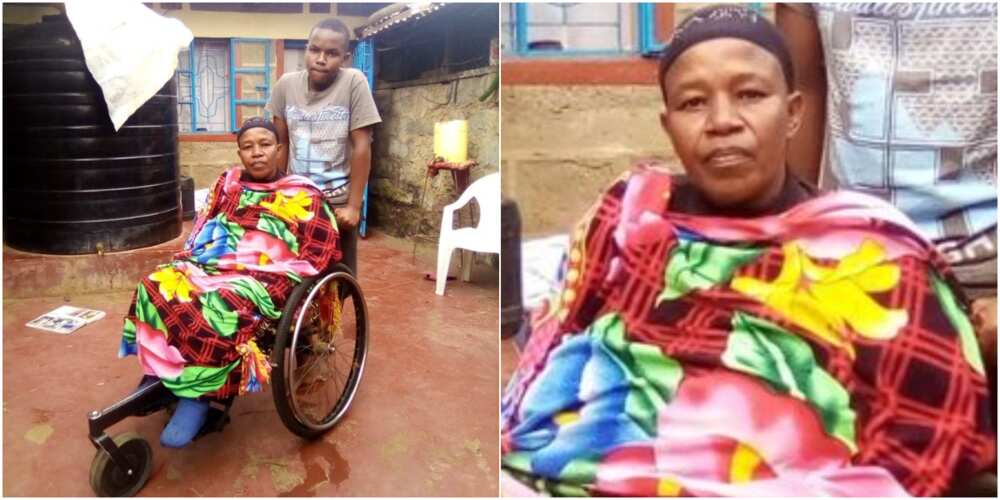 However, Kikuyu Mission Hospital does not deal with spine treatment and it referred her to Nairobi Spine Injury Hospital where she was admitted from October till December 17th, 2012.

At Nairobi Spine Injury Hospital, she was told that her referral there was because she wanted to be taught how to adjust and live with her new disability.

In other news, a black woman with the Twitter handle @Niathelocgod has spoken about how she became a millionaire several days after she suffered a great ordeal.

Without giving any specific date, she said that she was hit by a car on Monday and days afterwards, became a millionaire.

The woman attached pictures showing when she was in the hospital receiving treatment and a photo where she was smiling with a glass of drink.

When people really got confused about how she came by the new wealth, thinking she may have received the money as a form of donation, she clarified in subsequent tweets.

From Nduka Chiejina, (Asst. Editor), Abuja THE Office of the Accountant-General of the Federation (OAGF) paid about N1.77 billion between April...