‘We want to strike back’ – Liverpool looking for revenge on Arsenal, says Klopp

– The Belgian captain returned to training overweight after the summer holiday

– Martin Odeegard could replace the former Chelsea star in the midfield

Eden Hazard may not be in Real Madrid’s line up to begin their La Liga defence against Real Sociedad at the weekend after failing to recover from an ankle injury.

According to reports from Spain, Los Blancos are unhappy with the Belgian attacker who has not hit his peak since his big summer move from Chelsea last summer.

The 29-year-old has been restricted to game time due to recurring injury problems in most part of last season. 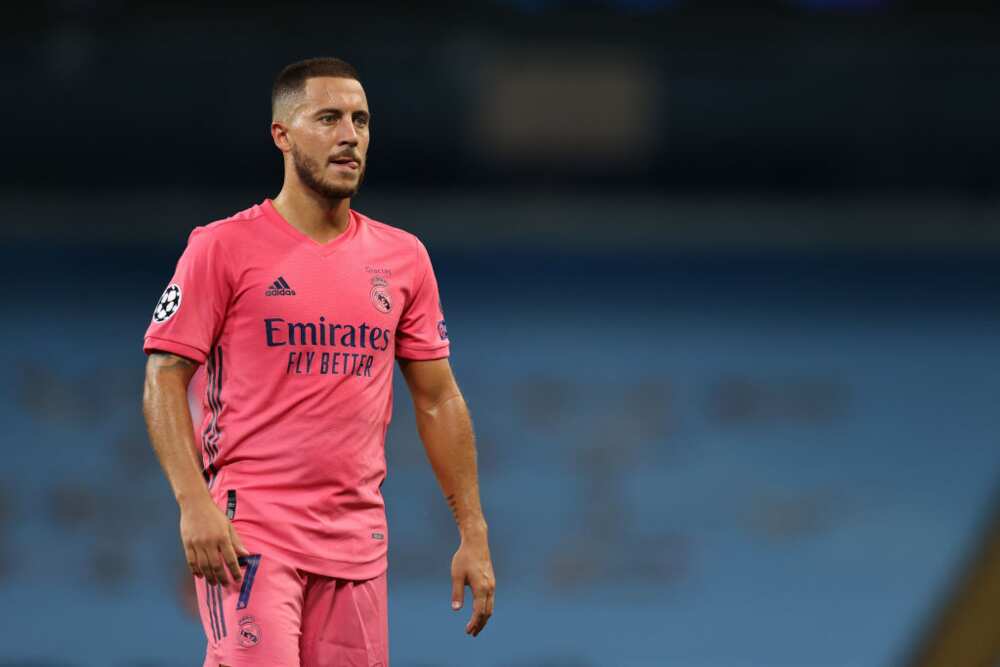 And Spanish news media outlet Cadena Cope claim Hazard will not be in the opening fixture against Real Sociedad.

This report comes after Real Madrid told Hazard to show more commitment to the club after returning from the summer holiday overweight.

It is understood that the former Lille star will need at least two more weeks to get back to full fitness.

Hazard was an unused substitute in Belgium Nations League campaign against Iceland and Denmark.

Ahead of the match on Sunday, Hazard could be replaced by Martin Odegaard who returned to the squad after going out on loan in the past five years.

Gareth Bale also doubtful for the league opener after returning from the Nations League with an injury.

Meanwhile, Bioreports had earlier reported that Eden Hazard has returned for Real Madrid pre-season overweight and the club are not happy with the way he turned out, reports claim.

But for the second time running, the Belgian captain is having issues with keeping himself in shape ahead of the new season.

Bioreports also reported that Eden Hazard joins Cristiano Ronaldo and a few other football stars who own an exquisite £500,000 worth Lamborghini Aventador SVJ.

The Belgian forward joined Los Blancos from Chelsea in a deal valued around €100 million last summer.

Reports claim the 29-year-old earns £400,000 per week at Santiago Bernabeu. And his two weeks income is more than enough to buy the expensive machine and not feel the virtue that left his account.