– A woman, Rebekah Coleman, has progressed in her law career and her dad had the honour of swearing her in as a judge

– With the new feat, Rebekah is now the head of 32A District Court in Detriot, US, joining her father at the top

A young woman, Rebekah Coleman, has taken to her LinkedIn page to show the adorable moment she shared with her father in the courtroom.

Posting a picture of both of them in their lawyer garbs, the daughter said her father swore her in as the judge of 32A District Court in America.

That makes it two judges in a family serving justice to better humanity. Before her appointment as a judge, the young lady according to her profile worked at Law Office of Rebekah R Coleman PLLC. 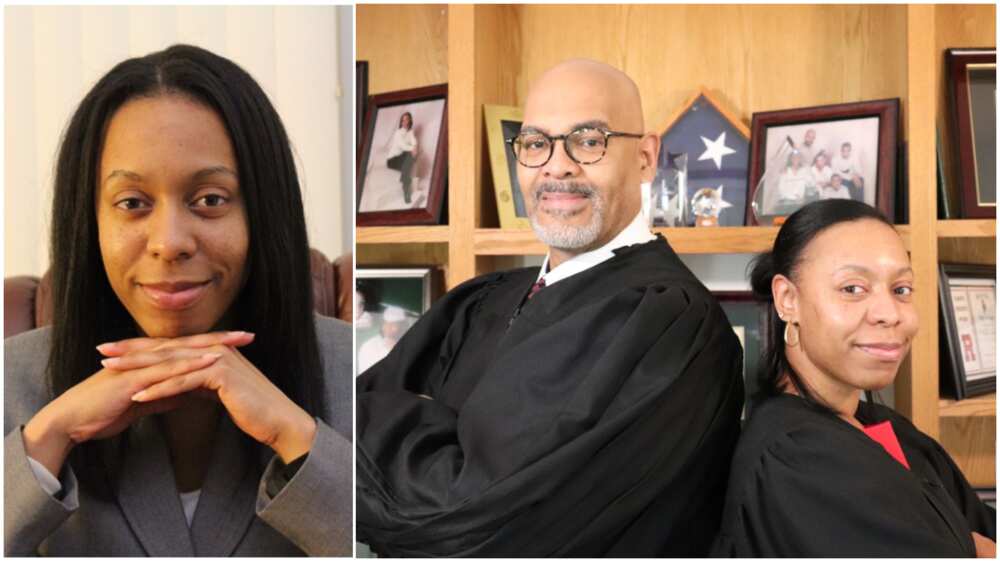 The young judge was massively celebrated by her followers.
Photo source: LinkedIn/Rebekah Coleman
.

Among her skills are legal writing and public speaking. Her post read:

“I was able to share this very special moment with my father as he swore me in as Judge of the 32A District Court!”

The woman’s post has gathered over 23,000 likes and hundreds of comments as at the time of writing this report.

Meanwhile, Bioreports earlier reported that a beautiful lady, Devonna Thompson, celebrated as she excellently passed her law exams in Illinois.

Devonna said with the achievement, she became the first lawyer in her family. The lady shared the mail that was sent to her on Tuesday, December 1, 2020, to that effect.

According to the examination board, she fulfilled all the requirements that will facilitate her call to bar in Illinois Supreme Court.

Further details were given to the lady on how to get her law licence, telling her she must appear before the court and take the needed oath.