– Mohammed El-Rufai, the son of Kaduna state governor, has celebrated his dad’s wives on Twitter with a photo

The man praised polygamy as a beautiful way of life. In the picture, the governor posed with his wives as he stood behind them with a wide smile.

Posting the snap on the bird app, Mohammed said:

“Polygamy is beautiful. I present my mothers!’

Many people engaged the tweet, giving the post almost 4,000 likes as at the time of writing this report.

While some agreed with his submission, others thought otherwise. Bioreports compiled some of the reactions below:

“It remains one with a southeast/south-south attire to complete the Nigerianess and of course fulfill the sunnah.” 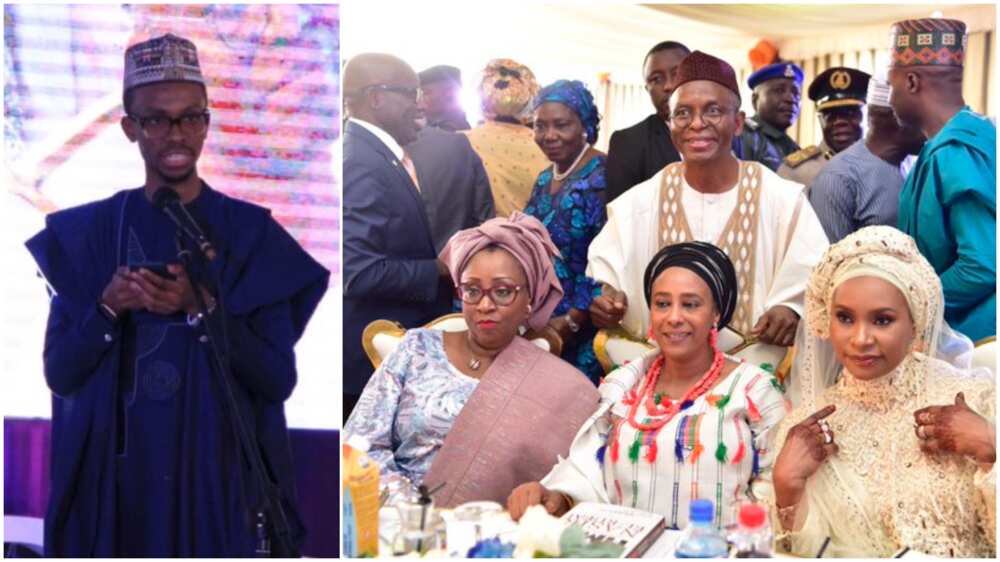 “Who tell you that polygamy is sweet can’t you read their minds through their faces.”

“Polygamy is beautiful when you have the wherewithal and you follow the teachings of the Quran and Sunnah.”

“It is when it’s a rich person that’s practicing it. Don’t misguide the poor masses please!”

“It’s simply a matter of mathematics, ladies share the limited men that are available.”

Meanwhile, Bioreports earlier reported that the lawmaker representing Kaduna Central at the Senate, Uba Sani, the Kaduna state governor as an “exemplary, inspirational leader, dependable ally and mentor” on the occasion of the governor’s 61st birthday.

The lawmaker, who is also the chairman of the Senate Committee on Banking, Insurance and other Financial Institutions, said El-Rufai was a blessing not only to Kaduna state but Nigeria as a whole.

He explained that the governor has given new meaning to governance and service in Kaduna state.